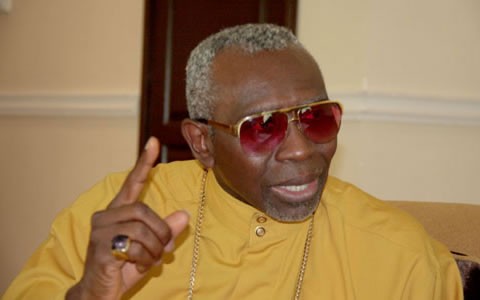 Past presi­dent of the Christian As­sociation of Nigeria (CAN), Pastor Ayo Oritsejafor, yes­terday, opened up on how he weathered the storm as leader of the apex Christian body in the country.

He said Christians plot­ted against him and equally insulted him even when he put his life on the line for them.

Oritsejafor said he took over the mantle of lead­ership at the most trying times in the country.

“We came in a period the challenges of the church had reached a point that lots of Christians in Nigeria had been displaced from their home and churches.

“Some pastors, par­ticularly, in northern Ni­geria were closing their churches. Lots of Nigeri­ans had become internally displaced persons in their homes,” he said.

He called on Nigerians, particularly the Christian faithful, to stand behind the new president of CAN, Pastor Samson Ayokunle and his team in order to withstand the challenges ahead.

“As, we are entering a more challenging period in the history of our nation. Unfortunately, it is also the time that we seem to view CAN with some contempt.

“Yes, CAN may have her challenges, but, for now, we have no other body that unites us. So, we must re­vere the structure and lead­ership. Let us continue to pray for our land and lead­ers,” he said.

Meanwhile, the new CAN president, Ayokunle, said CAN would not fail to speak against the excesses of political leadership, even when the situation is not fa­vourable for the truth.

Ayokunle, who spoke on various issues, shortly after his inauguration in Abuja, called on government to take decisive step against those religious fanatics, who are attacking Chris­tians, describing them as a threat to the unity of Nige­ria.

Ayokunle, who chron­icled the recent attacks on Christians across the country called on the gov­ernment to take decisive action to stem the occur­rences because it is their constitutional duty to do so.

The CAN president also called on past leadership of the body and churches to forgive each other and work for unity of one body, adding that the support of all and sundry is imperative for the survival of the new leadership.