Adekunle Gold has dropped quality hits consecutively over the last 12months and has just announced that his debut album will be released on the 28th of July. The album seems to be all Adekunle with only one feature (Simi).

Gold is a 16 track album consisting of an Intro and 15 songs which includes the already made hits ‘Sade, Orente and Pickup’.

I’m all set and patiently counting down to this. You can Pre-Order on Itunes by Searching ‘Gold Adekunle Gold’ or just follow the Link below. 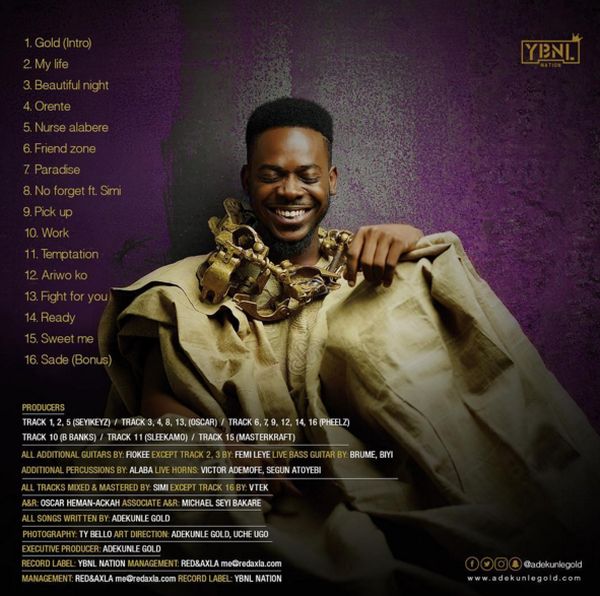