Without a victory over their British counterparts since 1984, the time has come for the Welsh to finally beat their neighbours according to the Arsenal midfielder

Aaron Ramsey believes it is “about time” Wales finally beat England ahead of their Euro 2016 meeting on Thursday.

The Dragons are aiming for their first victory over England since 1984 in what is a crucial game for both nations in Group B.

Wales can qualify for the knockout stages with a win over England after beating Slovakia in their opening game – their first win at a European Championships finals.

England, on the flip side, need to avoid defeat to keep their hopes of reaching the last 16 alive after conceding a late equaliser to draw 1-1 with Russia.

Ramsey has revealed he has received messages from ex-Wales rugby players who beat England 32-31 in the Five Nations in 1999 and hopes his side can follow in their footsteps by securing bragging rights over their neigbours in Lens.

“Hopefully we can do that,” Ramsey said.

“It has been a long time since we beat them. It’s about time we changed that and hopefully we can do it. 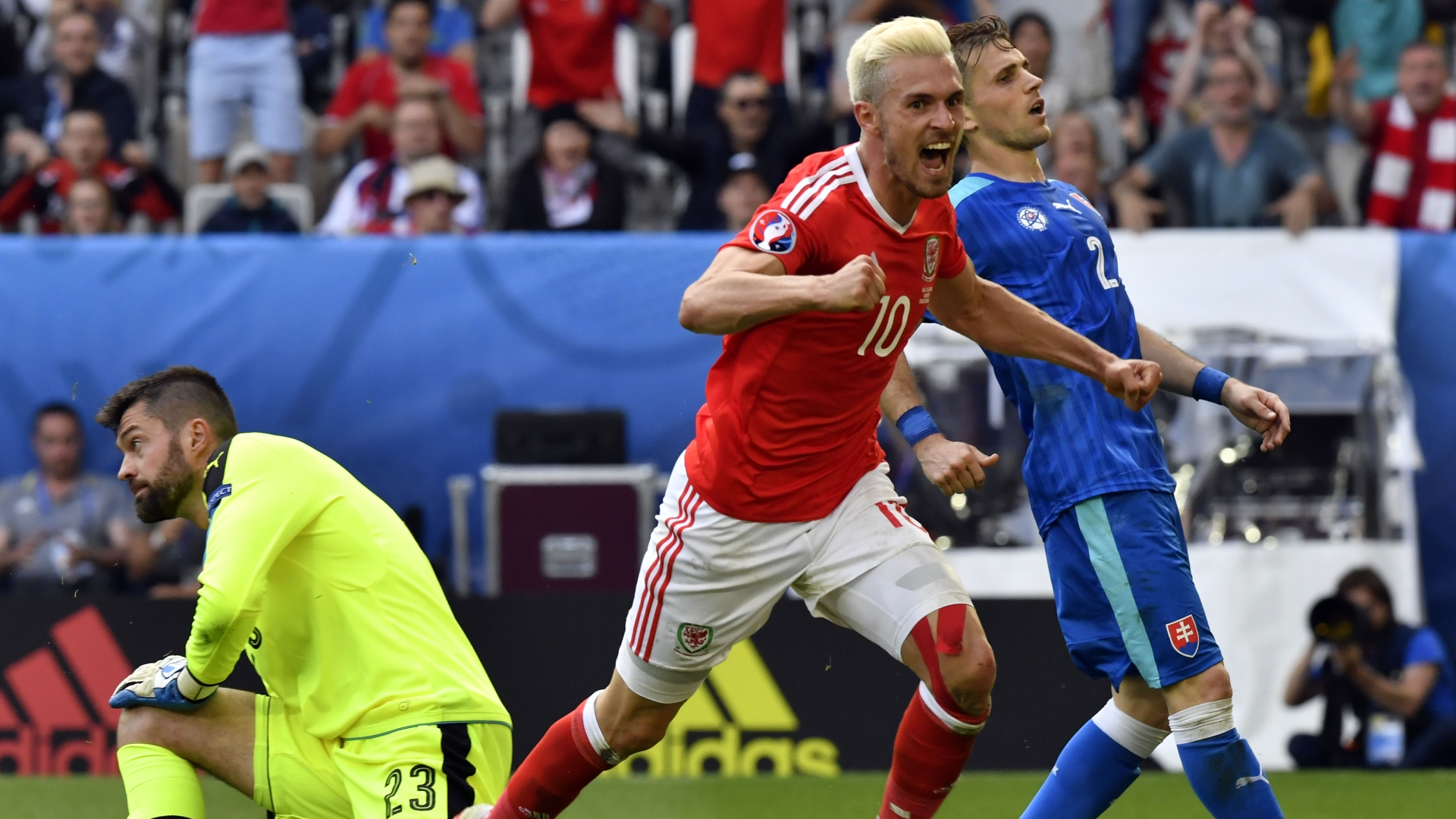 “You can see it in all sports, in rugby and things like that, there is always an extra edge with England. We are no different, we are really looking forward to it and getting something out of the game.”

Wales had to survive a few scares in their win over Slovakia, who saw Marek Hamsik’s goal-bound effort cleared off the line by Ben Davies before Adam Nemec hit the post.

But Ramsey believes Wales will only get better the further they progress in the tournament.

“I believe we can grow into the tournament. Hopefully we can continue improving,” he said.

“The Slovakia result puts us in a good position and we will have even more belief now.

“They always seem to do well in the qualifying campaign and then there is a lot of pressure when they get to the finals.

“That is something they experience, but we don’t because we did so well in the qualification campaign in getting here.

“There have been some down points but that has helped us grow as a team, and now we are seeing the rewards of what was put in place over the last few years.”