Chairman of the Lagos State Task Force, SP Olayinka Egbeyemi while parading the three suspects today confirmed that activities of these notorious ‘Awawaa Boys’ has been giving the Agency and other State Security Services sleepless nights, adding that reported cases of rape, armed robbery and killing of innocent citizens by these notorious gang has become worrisome. 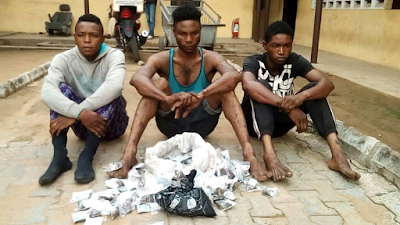 SP Egbeyemi also disclosed that the Agency received many petitions about the nefarious activities of the gang resulting in close monitoring of the gang activities in different parts of the State by the surveillance unit of the Agency which led to their arrest at the Aluminium Village, Dopemu, Agege.

He confirmed that other terrorising groups’ leaders at large include Paul a.k.a Bouncng, leader of ‘Nokia Group’ and Habeeb a.k.a Oluwa of ‘Shita Boys’ wanted for killing, raping and robbing of innocent citizens of thier valuables and properties, he therefore appealed to members of the public to be vigilant about their immediate environment and to always report activities of any terrorising group to the Task Force. 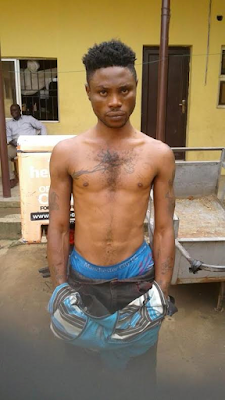 Tobi Akinbayo who lives at 10, Salako Street, Alluminium Village, Dopemu confessed that he and his gang boys raped, burgled and killed innocent citizens who confronted them during any of their operations

“We also sell Indian helm to commercial bus drivers and area boys around Dopemu and it’s environs”, he said.

The arrested Tobi Akinbayo, a 28 years old native of Kuta-Ilegbo, Abeokuta, Ogun State said that his gang is under a single umbrella with branches in different parts of the State.