Following the carnage that unfolded at the Pulse nightclub in which 50 clubbers lost their lives, thousands of Americans poured into the streets of West Hollywood to take part in an LGBTQ pride event.

19-year-old singer Hailee Steinfeld led the charge of celebs who made sure to still attend Pride events across the country despite a mass shooting targeting the LGBTQ community earlier that morning.

She was joined by stars including Danny DeVito, Carly Rae Jepsen and Kelly Osbourne at the LA
Pride parade in West Hollywood, California,on Sunday.

Dedicating her performance to the 50 dead and 53 injured in the Orlando, Florida, gay nightclub shooting, the teen danced and sung her heart out.

The teen wrote on Twitter: ‘There is no better reminder that love conquers all than joining the LGBTQ community at LA Pride tonight.

‘I could have danced all night in celebration of our freedom and equality. In memory of the victims this weekend, we stand with you and your families.’ 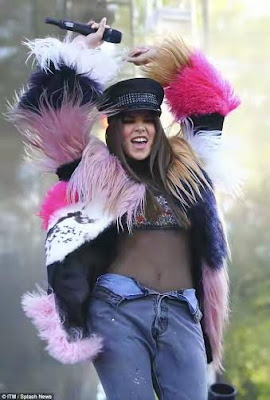 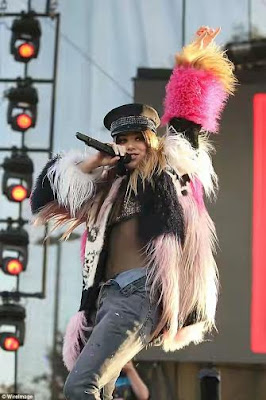