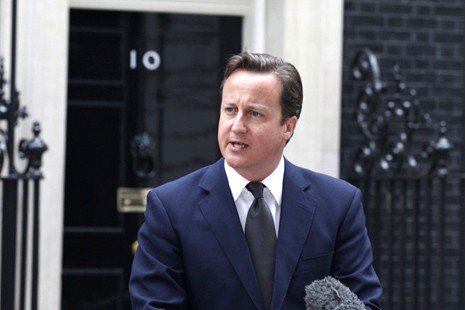 EU leaders attempted to rescue the European project and Prime Minister David Cameron sought to calm fears over Britain’s vote to leave the bloc as the country lost its prized top-category credit rating.

Britain has been pitched into uncertainty by Thursday’s referendum result, with Cameron announcing his resignation, the economy facing a string of shocks and Scotland making a fresh threat to break away.

US Secretary of State John Kerry, who flew to Brussels and London for talks on the crisis, said there was also “a genuine fear of contagion” and the leaders of Germany, France and Italy vowed a “new impulse” for the EU at talks in Berlin.

While Cameron does not want to trigger the process to leave before he steps down by September, he is facing pressure from other EU leaders to hurry the process up ahead of a flashpoint Brussels summit Tuesday.

But he is also facing pressure at home from those who opposed leaving the EU not to rush into a swift settlement. Nearly four million people have now signed a petition calling for a second referendum on EU membership.

In his first appearance before a sombre House of Commons since the referendum, Cameron told lawmakers he wanted to retain the “strongest possible economic links with our European leaders”.

“Britain is leaving the European Union, but we must not turn our back on Europe — or on the rest of the world,” he added. He also announced the creation of a new government unit that will plan Britain’s withdrawal from the EU — a first for a European Union member state.