A joint operation conducted by the Australian Federal Police (AFP) and the Australian Border Force (ABF) has resulted in the arrest of four people and the seizure of approximately 140kg of methamphetamine (worth $80m) hidden generators in Sydney, Australia. The four were charged with importing a commercial quantity of a border-controlled drug.

The investigation, codenamed Operation Fuchsia, began in March when ABF officers examined a sea cargo consignment upon arrival in Sydney from Mexico. The consignment comprised two containers, which held 11 diesel generators and weighed around 15 tonnes in total. An examination of the consignment revealed anomalies within the generators, and the matter was referred to the AFP. 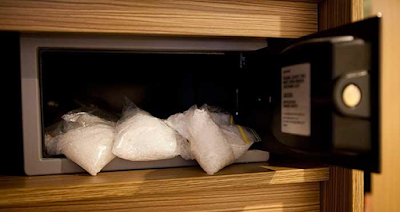 As part of the investigation, search warrants were conducted in Melbourne on Saturday morning and the 35-year-old dual Nigerian/Australian citizen was arrested, and charged later.

“The size of this seizure is an indication that organised crime groups are still seeking to target Australian users and the high price those users are willing to pay for these drugs,” Commander Sheehan said.

“Our work is focused on detecting, disrupting and dismantling organised criminal networks, and bringing to account these groups that seek to bring harm our community. The success of this operation is a testament to the tenacity of the investigators who have worked on this operation for the past three months.” 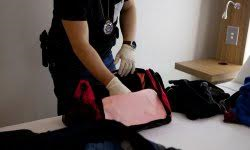 ABF NSW Regional Commander, Tim Fitzgerald, said the successful operation highlighted the dedicated work of ABF officers at the border, who initially inspected and uncovered the consignment in the two shipping containers.

“Once again, we see how a successful border intercept by ABF can initiate a broader criminal investigation by law enforcement. By working together, we are able to effectively crack down on those who attempt to criminally import what was, in this case, a significant amount of harmful narcotics,” Regional Commander Fitzgerald said. 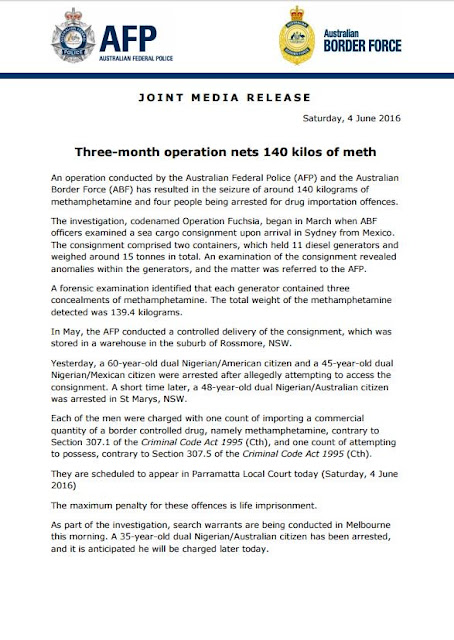 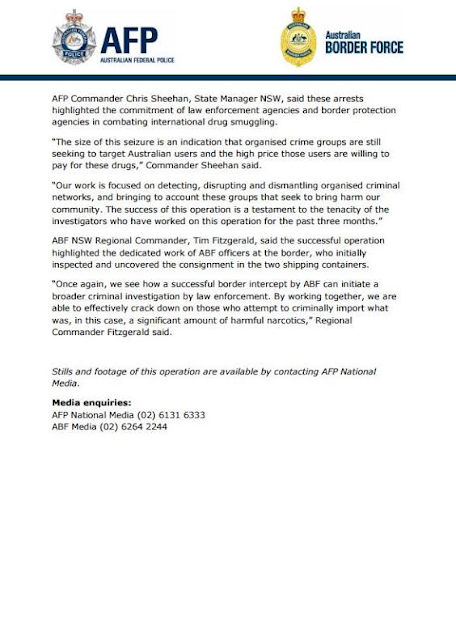