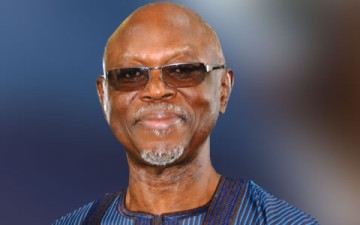 National Chairman of All Progressives Congress (APC), Chief John Odigie-Oyegun says states should be allowed to fix their minimum wage according to their financial capabilities.
Fielding questions from newsmen in Abuja on Tuesday, he said although it was a matter for the Executive arm, the executive at federal and state levels would have to consider the demand in line with their ability to pay.
It would be recalled that the Nigeria Labour Congress recently proposed N56, 000 as minimum wage for the Nigerian worker, just as a faction is also demanding for N90, 000, as against the current N18, 000 .
”That is always what happens (the demand) but this must be based on the economic realities on the ground, the ability to pay.
”Perhaps to even demonstrate that this is not a central but a federal matter that states should be allowed to make their decisions based on their ability to pay.
”The cost of living is not the same in every part of the country,” he said.
Speaking on the delay in appointments into various Federal Boards and parastatals, the Chairman sued for patience, aassuring that the appointments would be made at the most appropriate time.
On the issue of the attack on the Deputy Governor of Edo State, Dr Pius Odubu in Auchi, the Chairman said what happened was unfortunate.
”It is our hope that the police will get to the bottom of it and make sure that the culprits are brought to book,” he said.
He promised that the national headquarters of the party would ensure free, fair and transparent primaries.”