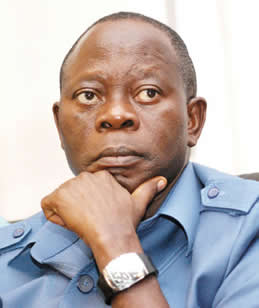 The All Progressives Congress (APC) on Monday in Abuja inaugurated a five-member fact-finding committee to unravel the crisis in its chapter in Edo.

The committee was also charged with the responsibility of proffering solutions to the issues and restore normalcy to the party in the state.

Inaugurating the committee, APC National Chairman, Chief John Odigie-Oyegun, said that arresting the situation in Edo had been a matter of concern at all levels of the party.

“Go to Edo state to try to restore normalcy within the fold of APC in that state.

“It is a critical state strategically; I hope I won’t be misinterpreted if I say it’s a must-win,’’ Odigie-Oyegun charged the committee.

He assured the committee that the party would provide a level-playing field for every player in the Edo elections and would not discriminate against anyone.

“I want you to go with the definite knowledge that at the national level we are determined that there will be free, fair primary and a level playing field for all.

“We cannot accept a situation where the party itself is seen to be discriminating against aspirants.

“The example was set with our presidential primary which was a major catapult to where we are today and so the party cannot be seen to go back.

“Don’t come back unless you have succeeded in restoring the party and Edo state to health. May God grant you wisdom, thank you for agreeing to serve,’’ he said.

Responding, the Committee Chairman said: “We realize that it is very necessary for peace to prevail in every chapter of our party.

It would be recalled that Edo had been enmeshed in stories of disaffection between Gov. Adams Oshiomhole and his Deputy, Dr Pius Odubu.

In similar circumstance, the House of Assembly on Tuesday impeached its Speaker, Victor Edoror, with 16 out of 24 members endorsing it. He was replaced with the only female member of the house, Mrs Elizabeth Ativie.