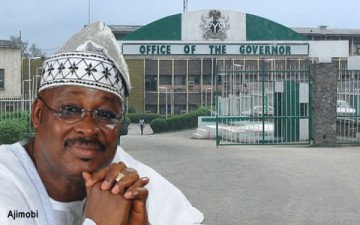 The Oyo State Government has said it will set up a panel to investigate 16,532 workers in the state for various offences which include drawing multiple salaries.

Alli explained that workers, who should have retired but who were still working, and employees with bank accounts linked to invalid Bank Verification Number or without BVN, would also face the panel.

He said the payment of salaries of the concerned employees would be suspended immediately pending further investigation.

He said, “It is to be noted that the 16,532 employees, identified as having issues in their data, are not automatically thrown out of work nor are they confirmed guilty of any financial illegalities yet.

“That is why the panel is being set up to further evaluate the case of each person on a one-on-one basis.”

The SSG said the workers were exposed by the recent staff verification in the state, which was carried out by a consultant.

He noted that the purpose of the exercise was to eliminate fraud and errors in the payment of salaries, wages and pensions as well as to determine ‘ghost’ workers in the state.

Alli added, “It is to ascertain the actual number of employees in the regular employment of the state by various categories; determine who is a bonafide beneficiary of the salaries/wages/pensions by the government; eliminate fraud in the payroll system by ensuring that only identified, deserving and regular employees receive the salaries being paid by the government.

“The exercise was also conducted to fish out ghost workers, eliminate all forms of duplication and irregularities that may lead to the inflation of the payroll via the nominal roll and ascertain the level of compliance in respect of mode and format of payment of salaries.”

The SSG said after the forensic computerised data audit, the consultants from NIBSS found many instances of inconsistencies, variations and entry details that did not tally.

According to him, a former Commissioner for Health in the state, Dr. Muyiwa Gbadedesin; a representative of the consultant, Mrs. Tolu Shadipe, representative of labour unions and the Permanent Secretary, Ministry of Finance, would be members of the panel.