An unnamed American father has come up with a form of ‘discipline’ most parents will be hesitant to apply. A video posted to Facebook shows the father challenging his teenage son to a fight after learning that the lad walked out of lessons without telling him. He then proceeds to pummel the precocious young man leaving him a bloody, sobbing mess. The video has gone viral garnering nearly 1.5million views. 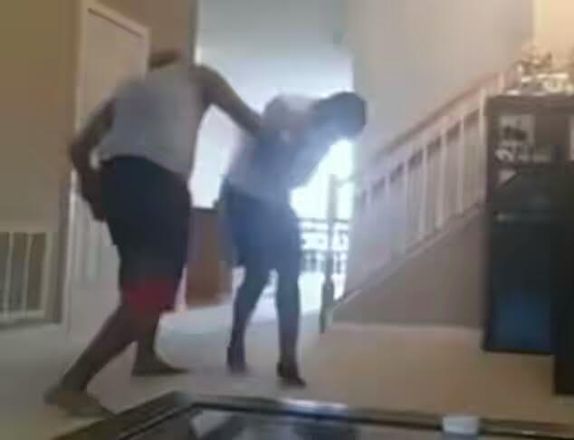 The clip starts with the unnamed father sitting in front of the camera explaining why he is about to go toe to toe in a boxing match with his son.
He tells viewers: ‘Hi Facebook world. So my son, 17 years old, decided he wants to go to school and cut up [mess around] like he don’t want to have to come home and see me.
‘So one day he walked out of the teacher’s class and, granted, I know teacher’s can be f****d up so I let him know he can walk out of class, but call me so I’m on your side.
‘All day went by, he didn’t call. So now, it’s discipline time because he didn’t do what I told him to do.’ 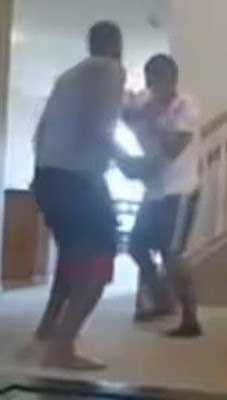 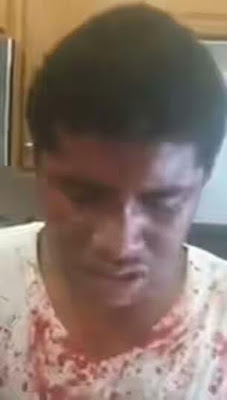 He goes on to explain that he has chosen the specific form of punishment so it both disciplines the teenager and teaches him how to defend himself.
The father, who is wearing a white vest top, sports shorts and black gloves, then puts the camera down and shouts: ‘Put them gloves on, let’s go.’
He can then be seen helping his son put a pair of boxing gloves on.

The son, who has also not been identified, can be seen covering his face as he nervously stands in the middle of the room.

His father checks the camera to make sure the show is rolling before walking up to his son and starting to punch him.
The boy does his feeble best to cover his face with his gloved hands as his father repeatedly hits him while berating him about missing school and discussing the ways to punch someone. The teenager does not manage to land even a single punch in return. 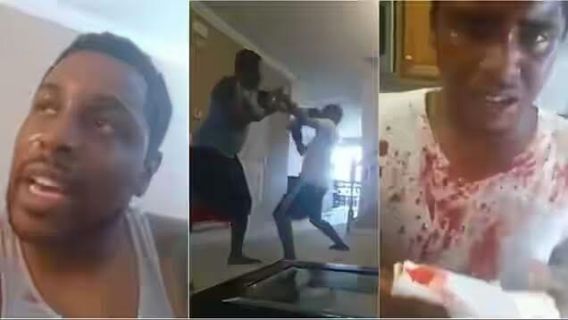 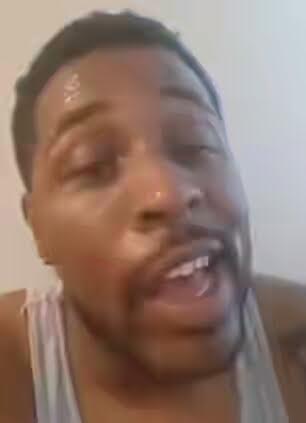 The fight ends when the man lets his son go and wash his face under a tap.
The father then returns to the camera and states: ‘That’s how you discipline a teenager. Give them a chance to shoot back.
‘Let him show he he feels. He feel like he want to cut up at school – he knows the consequences. He has to deal with me when he gets home. That’s what it is – teenage discipline 101. And that wasn’t even the first round.’
The final shots show the teenager clutching a tissue to his nose with his white T-shirt covered in blood.
His father tells him to say ‘hi’ to his friends and ‘sorry’ to his teacher, which he does, before the camera is finally turned off.

The father has come in for both praise and criticism online.
Effective method of discipline or just too much?