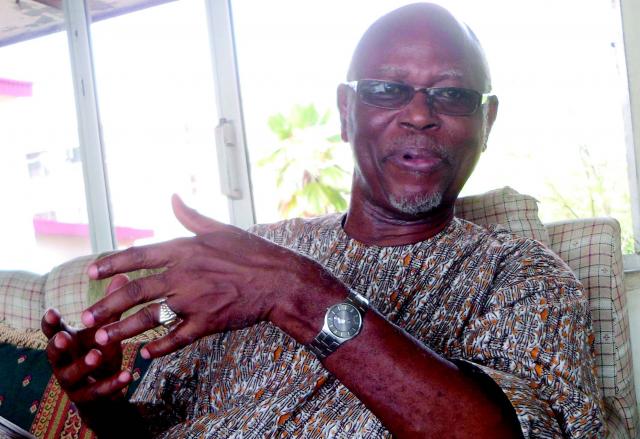 The national chairman of All Progressives Congress, John Oyegun, on Wednesday said the ruling party would never allow opposition Peoples Democratic Party to take over the Senate leadership should Bukola Saraki be removed as a consequence of his trial at the Code of Conduct Tribunal.

In an interview, Mr. Oyegun hinted that the APC did not mind losing the seat of the senate president should Mr. Saraki be removed from office.

“Well, I don’t think we will lose that position,” Mr. Oyegun had said, “But sometimes, for change to take place, there is price you have to pay. So losing the position may be sacrifice for change.”

Apparently amid criticisms from party leaders, Mr. Oyegun told journalists at the party’s secretariat on Wednesday that he was misunderstood.

“That misunderstanding is still on?” he rhetorically ask the journalists.

He said, “Let me put it simply. There were basically two points that I was making. Number one, as a party of change even as a party, we cannot interfere in a judicial process that is ongoing. That was clear. And when they asked about the senate, I said under no circumstance can we compromise on the leadership of the senate.

“We are the majority party and the issue doesn’t even really arise but unfortunately the way it was put, the misinterpretation has been a little bit too intense and that is clear. It just doesn’t arise at all. The issue, the argument and the rest doesn’t arise. If somebody wants to theorise and postulate, that’s a different matter. It doesn’t arise.”