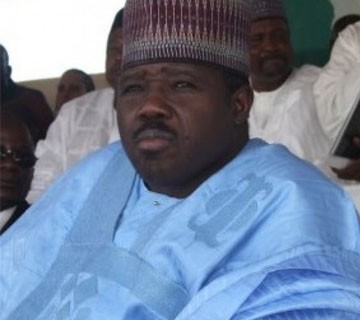 The Peoples Democratic Party (PDP) has tasked the President Muhammadu Buhari-led Federal Government to constitute a panel to carry out a comprehensive and dispassionate investigation into the circumstances surrounding the crisis in the March 19 rerun elections in Rivers State. The National Chairman of PDP, Senator Ali Modu Sheriff made the call at a press conference on Tuesday in Abuja, just as the United States Government, through its diplomatic mission to Nigeria in a statement on Tuesday, condemned reported violence and irregularities that rocked last Saturday’s rerun elections in Rivers State, even as the British High Commission also expressed concern over the level of violence recorded at the polls.

Also on Tuesday, the PDP members in the House of Representatives urged the Independent National Electoral Commission (INEC) to immediately release results of rerun elections in Rivers. Briefing newsmen in Abuja, the caucus led by Minority Leader of the house, Rep. Leo Ogor, condemned the suspension of the election, saying it was strange to the country’s electoral laws. According to him, in accordance with section 27of the Electoral Act, the Constitution and all Supreme Court judgements, elections were concluded, and results had been announced at the unit levels.

“In this context, anything contrary to the announcement of the result is a breach of all our electoral laws and evidently a coup against the people of Rivers State. “It is very sad that it is the umpire, that is, the Independent National Electoral Commission (INEC) that is spearheading this illegality abetted by law enforcement agencies, particularly the military whose attention is needed in the North-East,’’ they said. Ogor briefed the press just as INEC offered automatic employment to a member of the National Youth Corps (NYSC) who lost her sight during the 2011 general elections in Yobe State. Similarly, the commission promised to fully participate in the burial programme of Okonta Samuel, a corps member who lost his life in last Saturday’s rerun elections in Rivers State.

INEC Chairman, Professor Mahmoud Yukabu offered the employment and made the promise when he paid a condolence visit to the Director-General of the NYSC, Brig-General Johnson Olawumi on Tuesday. Professor Yakubu, who regretted the circumstances, which led to the unfortunate death of the corps member, praised the services of youth corps members in the conduct of elections. The PDP National Chairman, Senator Ali Modu Sheriff, at the press conference contended that the probe panel would unravel those behind the violence and bring the culprits to book.

The rerun National and State Assemblies’ elections, it will be recalled, were marred by crisis leading to killings, abductions and assassination attempts. The PDP National Chairman said “Whilst we join well-meaning Nigerians to condemn the cases of violence which reportedly characterized the process in some areas, we enjoin the President and Commander-in-Chief of the Armed Forces of the Federal Republic of Nigeria to immediately constitute a panel to carry out a dispassionate investigation of the circumstances with a view to unraveling the truth and bringing the culprits to book”.

Sheriff equally condemned the role played by some officers and members of the Armed Forces. He accused them of acting beyond their expected role of maintenance of law and order, alleging that they have taken over the responsibility of the Independent National Electoral Commission (INEC ) in the conduct of the rerun election. According to him, the military acted in flagrant disobedience of a order of court, and further called on President Muhammadu Buhari to also investigate the role of the military personnel in the election and appropriate sanction meted for those found culpable.

His words, “Our longheld view, proven over the years by our attitude of accepting declared results of elections, is that the mandate of the Nigerian people is sacred and anybody or party which seeks to govern Nigeria or any part of it must solicit and obtain this mandate freely given in an openly contested election where democratic norms and ethos are rigidly observed.