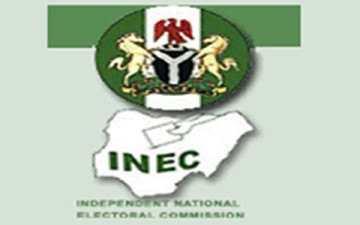 The situation in Southern Ijaw, according to INEC, renders the election inconclusive.

The commission says a new date for fresh elections in the local government will be announced soon.

The collation of results in the Bayelsa governorship election resumed on Monday at the Collation Centre of the Independent National Electoral Commission (INEC) in Yenagoa, the capital of the state.

Election in the Southern Ijaw Local Government was rescheduled to Sunday owing to major disturbances and challenges experienced by the electoral body.

The Sunday election, however, started late because of the peculiarity of the riverine area and the challenge of securing electoral officials and materials which eventually arrived late.

Earlier in the evening, there were also reports that ex-militants had disrupted the election in Amassoma ward of Ijaw South Local Government Area.

The militants carrying firearms were said to have chased away the voters and INEC officials conducting the exercise in the area.

INEC’s decision to cancel the Southern Ijaw election, which renders the entire election inconclusive, had been predicted by an election observer, Abiodun Ajijola, who warned that owing to the violence in the region it could be impossible to declare a winner without results from Southern Ijaw LGA which has 425 polling units.