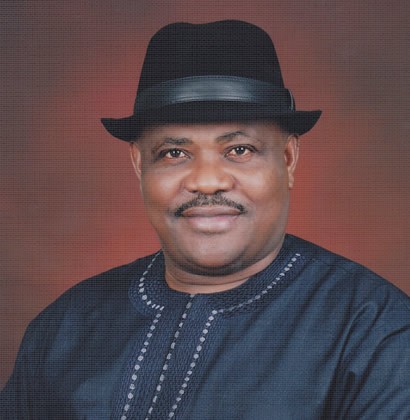 Rivers State Governor, Nyesom Wike,  has filed an appeal at the Abuja   Division of the Court of Appeal,  asking the court to set aside the  judgment  of  the Rivers State Governorship Election Tribunal  which nullified  his election  on October 24, 2015.

In a notice of appeal dated November  3, 2015 and filed same day by his lawyer,  Mr. Emmanuel Ukala (SAN), the governor raised 26 grounds of appeal upon which he sought to set aside the tribunal judgment.

The governor is challenging the entire judgment.

He joined the All Progressives Congress (APC) and its governorship candidate in Rivers State, Dr. Dakuku Peterside and the Independent National Electoral Commission (INEC) and the Peoples Democratic Party (PDP) as respondents.

He asked the court to allow the appeal and to make an order setting aside the judgment/decision of the  Rivers State Governorship Election Tribunal.

He further urged the Court of Appeal to make an “order striking  out or dismissing the petition filed on May 3, 2015 by Peterside and the APC.”