A chilling footage showed the shocking moment a Palestinian woman lunged at an Israeli security guard with a knife in broad daylight. The guard was standing at the entrance to the West Bank settlement of Beitar Illit, six miles south of Jerusalem, when the woman casually strolled up to him.
The woman, who was wearing a black abaya and hijab, was asked for her identification to enter the predominately Jewish city. As the guard started flicking through her papers, the Palestinian woman reached for a knife from inside her bag and tried to stab him.
The woman, named locally as 22-year-old Hilwa Salim Darwish, was shot in the street and taken to Hadassah University Medical Center in Jerusalem’s Ein Karem. 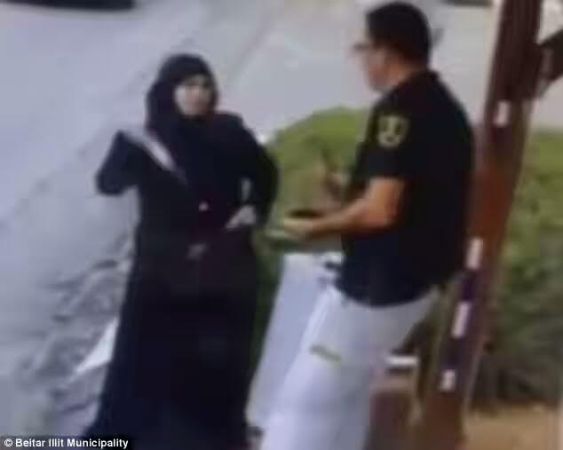 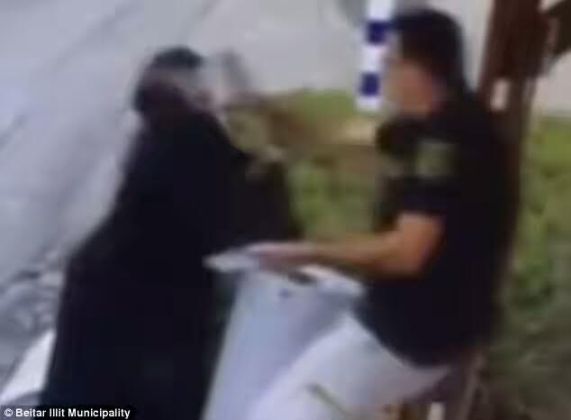 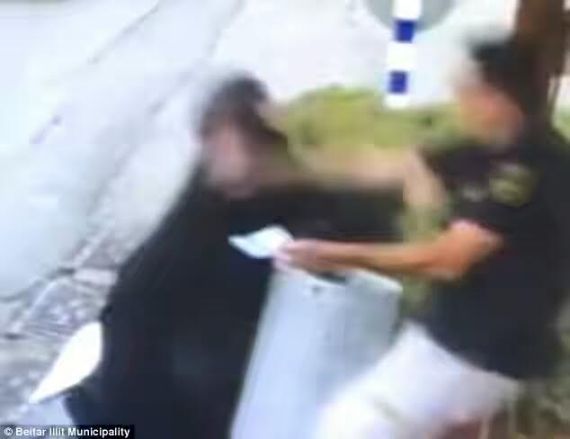