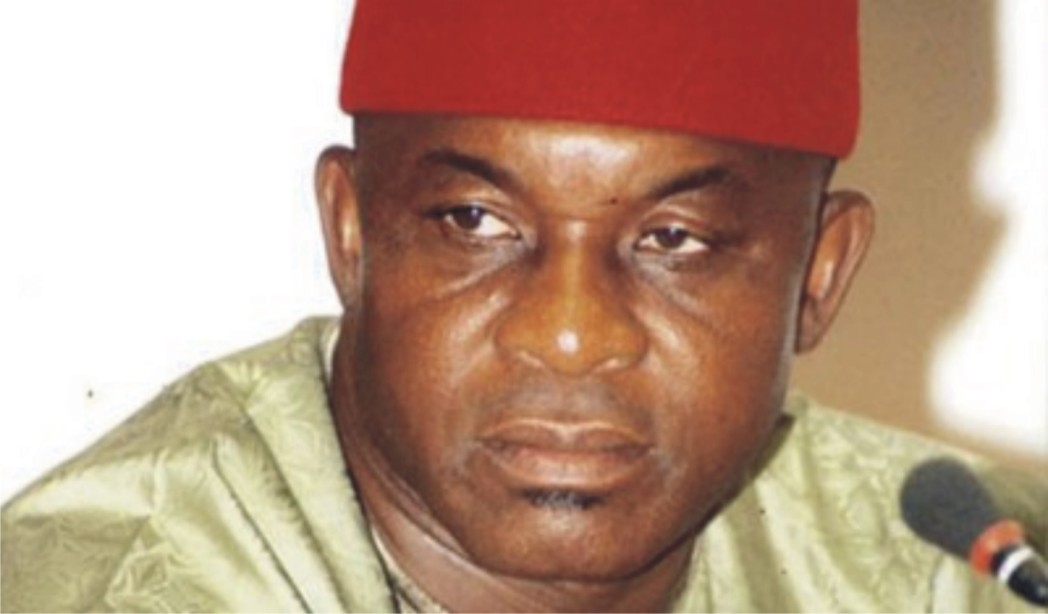 Reports have it that over half a million persons are living with the dreaded HIV/AIDS in Benue State. This figure keeps rising by the day and sees Benue sit right at the top with the most endemic states a la HIV in Nigeria. What this portends for the state is better imagined. A commissioner from the state once stated that the Virus was having a great effect on their state from farming to education et al, what with the impact on the human resources.

In March of this year, Nigerians decided that they were done with the ineptitude and insensitivity of the PDP since the inception of this Democracy in 1999 and collectively decided to show them the door. This led to massive changes at the helm, from the Presidency to the two legislative arms of Government which meant new faces/party at the helm of these hallowed chambers.

There is this sad thing about Nigerian Politicians which I do not understand till this day. I am talking about this selfish, out for the number one syndrome which keeps dragging this country in reverse.

Did anybody see Senator David Alechenu Bonaventure Mark at the hallow chambers during the just concluded ministerial screening? Did you notice his body language? Did anybody even hear his voice? He was aloof. He had this I –could- care –less- since- I- am -not -number one kind of mien. The man seemed so uninterested that one is wont to think what his business is in that house and it worries me.

Senator Mark has been around for a very long time and has refused to leave the scene. The least he could do, having seen it all, is to jettison his self-worship and just begin to look at the greater good-that of his people.

What I am asking/saying is, what stops Senator Mark from engaging one or all the potential Ministers of health and taking them on on their plans to tackle the scourge of HIV/AIDS, not only in his State which has the highest(?) number of people living with AIDS in Nigeria, but the whole country.

Could the Senator have asked how they plan to provide services where needed to the infected as well as the affected states? He could have engaged further and found out what plans they have as regards creating more awareness, especially in rural areas, so as to prevent the further spread of AIDS as well as stigmatization of people living with the monster.

But No, Our Dear Senator Mark decided to keep mum when he had the opportunity to, for once, give his people the representation they deserve. He must be thinking since he’s no longer the honcho of the house, why belittle himself by saying anything. Silly mentality in my opinion This is really low because it behooves him to work for the greater good even if it is to at least prove his beneficence.

As is, one cannot guarantee that he would raise a single bill to be passed in the senate.

I just hope he gets over the loss and focus on the primary reason why he is there-to work for a better Nigeria.

The Ingenuity Of Nnamdi Kanu

Till this day, the Civil war which lasted a whole 3 years leaves a bitter taste. To think that was a war that would have been avoided one way or the other makes it even worse.

Some 3 million people lost their lives. Infrastructures and money were blotted out. That was a war that set this country back by some years.

From the tales of those who witnessed the war, it is something we would not want to ever witness again.

This is why I am astound and bewildered by one Nnamdi Kanu who is agitating for the State of Biafra, not through a referendum or any sane way but war. One cannot help but wonder what alien is controlling this being.

Or how else does one describe it when one starts to solicit for arms, making hateful and inciting statements that could egg on a war.

When one encourages donations to bomb makers who have volunteered through phone-ins to his radio station, to destroy the ‘zoo’ then you have to begin to question his sanity, having seen or heard what happened between 1967 and 70.

But then again I am beginning to think he is a genius-A prodigy ; to be able to twist some Igbo minds with ease in 2015. For Nnamdi Kanu, with the bile he spits, to have supposedly omniscient supporters is class. For him to call Nigeria a ‘zoo’, still carry her passport, land in the same zoo and lodge in a hotel at Ikeja despite the array of hotels in the east, and still have followers (albeit ignoramuses) is Einstein.

But never mind the few delusional ones, the Ibos are not fooled .Most have started to begin to agree that to make the East a force to reckon with once more ,the Ibos have to start to ask for accountability from those who govern us. The real agitation should be against the people who rode on our mandate to loot us to stupor, thereby abandoning us to our fate.

Till we start to demand accountability from those who govern us we are yet to be free.

For now, the fraud Nnamdi Kanu, who wants cheap popularity and a means to make it big should be ignored.