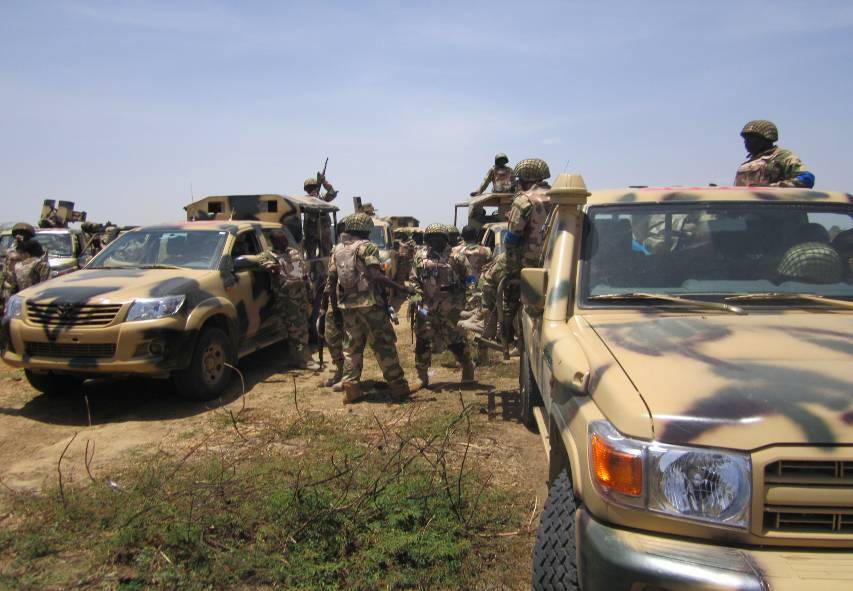 Troops of 5 Brigade Nigerian Army, weekend, destroyed all Boko Haram camps and enclaves at the border towns of Kerenowa and Chikun Gudu as well as their contiguous villages in Borno State.

Giving details of the operation, Acting Director of Army Public Relations, Colonel Sani Usman said: “During the operation which is ongoing, troops discovered and destroyed over 20 well-fortified terrorist camps in the general area of Kerenowa.

“The camps include some at the gateway to Kerenowa, Gumada and Dogon Gida. In addition, the troops have also discovered that to evade aerial reconnaissance and bombardment, the terrorists have dug twin tunnels to conceal their facilities and routes in and out of the camp.

“Among facilities discovered were training areas equipped with instructional and training materials that include wooden guns, among others.

“It is apparent that Boko Haram terrorists lacked the will to fight as they are in obvious disarray, abandoning their camps fleeing and leaving behind vehicles, solar panels used to power devices, food and other logistics, beddings, various IEDs-making devices, cables and cords.

“The advancing troops’ morale remains very high and they exude confidence and zeal to destroy all known Boko Haram camps along their axis of advance.

“We still reiterate our call for citizens to remain confident in the ability of our troops to eliminate all remaining vestiges of the terrorists before the year runs out in line with Presidential directives.

“Citizens are also requested to kindly provide useful and credible information to the military about any known terrorists or sympathizers.”