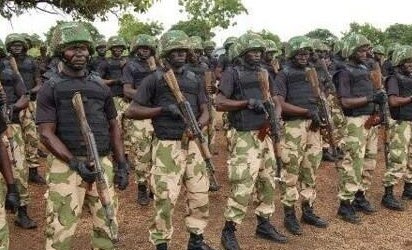 Nigeria has hired mercenaries to combat Boko Haram as military chiefs face a December deadline to crush the militants, according to senior military sources.

Turkish news agency, Anadolu Agency, reports that the mercenaries, estimated at around 250 personnel and hired from South Africa-based private contractor Specialized Tasks, Training, Equipment and Protection (STTEP), are being deployed along with fighter jets in Operation Fire Force, a source at Nigeria’s defense headquarters said on condition of anonymity.

“The mercenaries have been reengaged and their platforms are being deployed,” the source said. “By platforms, I mean fighter jets, helos [helicopters], coms [communication], surveillance, medics, etc.”

STTEP includes veterans from the South African apartheid era who will work with and train a Nigerian strike force, according to the source.

Another army source confirmed the development to Anadolu Agency. “There is definitely something happening in that direction,” the source said, again on condition of anonymity.

According to STTEP’s official website, the company’s trainers and advisers are drawn from “conventional, clandestine, and covert units of the pre-1994 South African Defense Force”.

It claims to have a proven track record of success in Africa, the Middle East, the Far East and Central and South America.

Describing the use of mercenaries to fight militants as “shameful” during the March 2015 election campaign, Nigeria’s President Muhammadu Buhari condemned the practice. Buhari, a retired general, said the practice represented the depth of weakness of the Nigerian army.

Asked why the Buhari administration is again deploying mercenaries, the defense HQ source said it appeared to be the most practical option if headway was to be made against militants whose guerilla tactics are new to the Nigerian military.

Nigeria claimed significant success against the militants in the run-up to the March election, with some analysts crediting the mercenaries.

Boko Haram has emerged as a serious threat in Nigeria. More than 1,700 people have been killed since Buhari took office on May 29, according to an Oct. 7 report from the International Society for Civil Liberties and the Rule of Law. Since then, more than 100 have died in suicide bombings in Borno and Yobe states.

According to the army HQ source, the Buhari administration initially terminated the mercenary contract because it was “opaque and without accountability”. However, a new agreement was reached to boost the counterinsurgency operation.

“As it stands now, huge amounts of monies are owed to the contractors as fulfillment for the previous engagement,” the HQ source added. “So they are starting a new engagement for an initial period of three months. As for their outstanding balances, investigations are being carried out to ensure everything is above board.”

The Nigerian military did not respond to Anadolu Agency’s request for comment.

“It is true that the previous administration hired South African mercenaries to fight Boko Haram,” he said. “They, however, left with the government that brought them.”

“Since coming into office, this government did not have any engagement with mercenaries of any kind and there are no plans to do so.”

Siphiwe Dlamini, a spokesman for the South African National Defense Force (SANDF), said his country did not have any troops in Nigeria but could not say if private mercenaries were operating there.

“I wish to reiterate there are no SANDF personnel in Nigeria fighting Boko Haram,” he told Anadolu Agency. “If there are South Africans who are there as you allege they are not our members but private citizens.”

“I cannot comment on what private citizens are doing in any part of the world.”

STTEP did not respond to emailed requests for comment.

Earlier this year, South Africa’s Defense Minister Nosiviwe Mapisa-Nqakula issued a stern warning to South African mercenaries, saying they had no business in Nigeria and should be arrested on their return.

“Now that the matter has been brought to our attention, it is [up to us] to verify that information as the government,” she told broadcaster SABC at the time. “The police have a responsibility to make sure that when they come back these people are arrested.”

South African law forbids its citizens from participating in foreign wars. Most South African mercenaries are believed to be soldiers who fought for the apartheid regime.

The Nigerian army has spoken about impending military deployments against Boko Haram, saying in a statement over the weekend that the country’s sovereignty was under threat.

“The next few days would be crucial to the operation Lafiya Dole [Peace by Force],” army chief Lt. Gen. Tukur Buratai said in a message to troops. “It is also crucial to our country Nigeria. Our sovereignty as a nation is threatened.”

“The Nigerian army and indeed the military as the symbol of our nationhood is being challenged. Our ability to stand and defeat the Boko Haram terrorists in the next few weeks will determine the future of our country.”

The use of mercenaries is not a new phenomenon in Nigeria’s conflicts. Hundreds of French mercenaries fought on the side of Biafran rebels against the Nigerian army in the late 1960s.

The country also hired mercenaries to weaken Boko Haram between February and early April 2015 when the army rolled back much of the militants’ advances. However, the government claimed the mercenaries only operated as instructors.

However, recall that President Muhammadu Buhari recently gave a December deadline to the military to end the insurgency ravaging the north-east.

But in a dramatic u-turn last Monday, Service Chiefs  told the President that their effort to completely rout out Boko Haram insurgents in the insurgency-ravaged region, may not be feasible after all, as it was being threatened by weather and logistics.