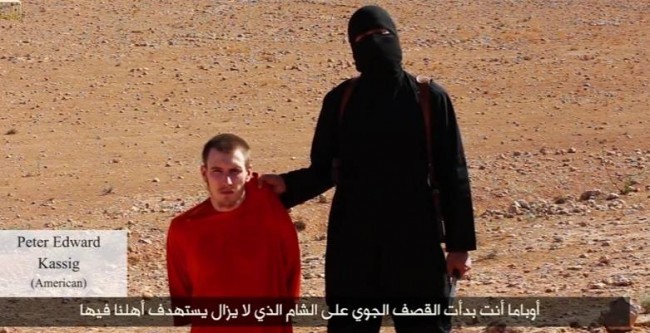 In a vivid new description of ISIS’ brutal executioner, a former hostage says his captor was not only sadistic, but bizarre.

Daniel Rye, a 26-year-old photographer from Denmark who was held captive in Syria for more than a year, said that one of his jailers was the hooded figure in black who spoke in ISIS execution videos.

In an interview this week, Rye described an encounter with the man, who has been nicknamed”Jihadi John” by the British tabloids.

“He picked me up and I had to dance the tango, John and I,” Rye told Danish broadcaster DR. “My head was down and afraid of being beaten. He led me around the prison. Suddenly, he changed and just pushed me down. They kicked and hit me. They finished by threatening to cut my nose off with pliers and things like that.”