The spurned former wife at the centre of the world’s biggest divorce has laughed off her estranged husband’s claim that he is down to his last millions.

Vladimir Potanin told a court in Moscow that he has no assets, despite being listed by Forbes as Russia’s richest man worth £10billion.His scorned ex-wife Natalia, 53, to whom he was married for 30 years, blasted her former husband’s court claim that he is merely a millionaire. He ‘offered’ her £32million settlement – but she says he’s worth £10billion and wants half.

‘Vladimir Potanin dumped, betrayed and humiliated me. He also decided to wipe every
kopek (penny) off our family money.

Natalia, who has three children with the Russian oligarch, is offering him the chance to settle out of court and away from the media glare, as long as he agrees to negotiate her demands for a half share of his alleged wealth of £10billion, to which she insists she is fully entitled.

Mining tycoon Potanin, 54, is fighting the financial claim by his wife of three decades, insisting he does not own the mega-assets she says are his.

Last month, a Moscow judge rejected Natalia’s demand to equally divide his investment company Interros International, and his 30 per cent stake in mining giant Norilsk Nickel, a which is worth an estimated £4.5billion for which Potanin is listed as CEO.

In her first exclusive interview since the ruling, Natalia flew to London to tell MailOnline she will battle for justice no matter how long it takes… 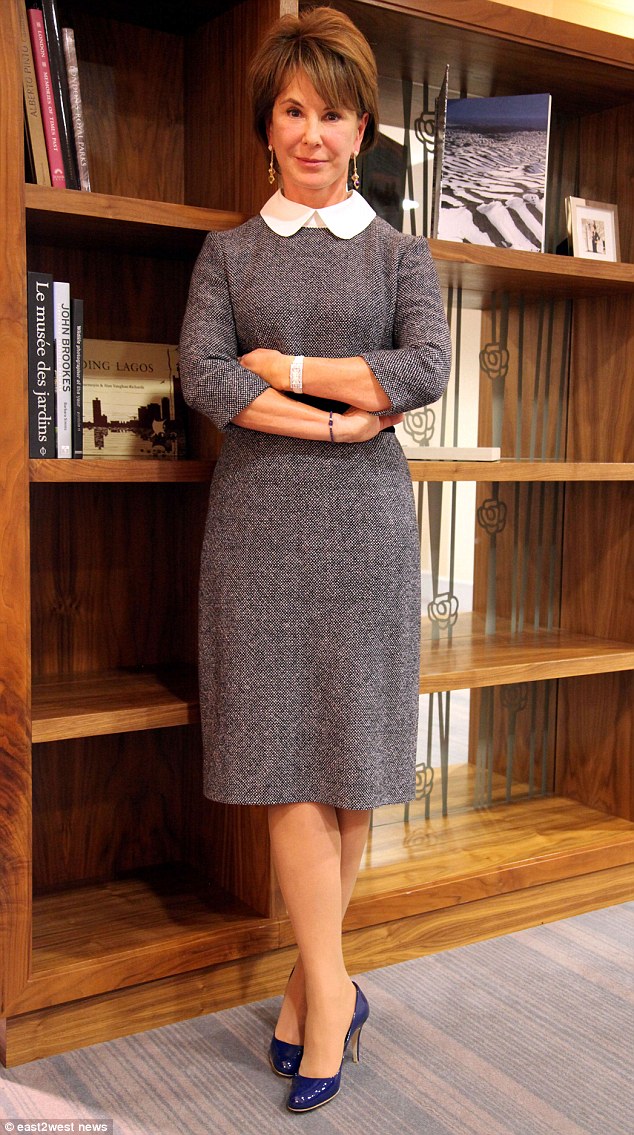 The couple met as poor students in the Communist era and had three children during their long marriage.

Petite and wearing immaculate Prada with understated but expensive jewellery, Natalia described the moment her ex-husband revealed that he had a second family, with mistress Katya, an employee 15 years his junior, who he has since married.

When Pontanin dropped the bombshell in 2013, he told her that not only did he want a divorce, he demanded that it be backdated to 2007.

‘I thought this was some kind of a badly-worded tease, a joke. How else would you look at it?’ she said.’I sat with him at the end of 2013, and he was saying ‘Let’s divorce behindhand, so that the divorce and any settlement is dated to 2007’.

‘I wasn’t prepared for it. As I understand now, he must have taken his time to get ready for this conversation, perhaps not even a day or month, but longer. But for me it was totally unexpected, it was a deep shock.

Now she believes this was a move to fix any settlement on his assets as they were in 2007, not at the moment they actually split. 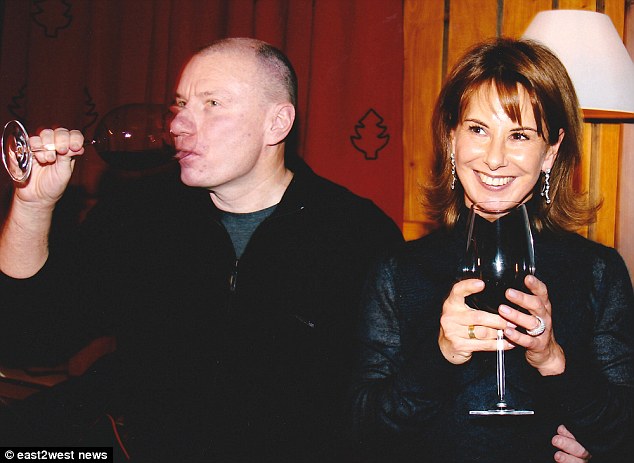 ‘He left that evening, leaving those papers, and he has not slept at home since then. He never came back. So the last memory of my husband was how he started the conversation, and how it got nowhere.

Natalia made clear she will appeal the Russian verdict given last month which she described as ‘odious’, and which has been seen as a major setback in her quest to become the world’s wealthiest ex-wife.

I find it extremely unpleasant to sit in court and hear about all the extramarital affairs which, it turned out, my husband had when we were together.’It’s exhausting, and if there is a way to avoid it, quickly and peacefully, I would certainly go for it.’But what my husband offered was for me to sign papers saying that I had no claims on assets, and that was it.’It happened in November 2013, which is when he suggested we divorce. This was the moment when we spoke for the last time.’

Natalia said that since they separated, her husband has made no effort to contact their their two sons Ivan, 26, and Vasily, 16.The couple also have a daughter, Anastasia, 31.

‘I think he is totally irrational, aggressive and not reasonable. I struggle to explain it.’His social position, his public face has always been based on an image of a strong family man.’I trusted my husband completely. I believed him, I, well, I loved him. I realise this was wrong, in that to be blind in your belief in someone is wrong. But I was absolutely happy in the past.’I can’t understand what will come next. I am not broken, but I continue living in this situation and, whatever I do, it still dominates my life. I don’t have freedom.’

She shows a steely confidence that she will win in the end:

‘I want to show other women in a similar situation that we have got to keep fighting and not to give up, at least for the sake of our children,’ she said. ‘Yes, Vladimir Potanin and his lawyers keep winning court cases, but I don’t see it as their final victory.’There are thousands of women in Russia in a similar situation, ruthlessly dumped, often with newborn children.’Men allow themselves to treat women like something they possess and can throw away at the point when they get bored and want something new.

‘This has to stop. There are laws that protect women in Russia, but they don’t always work in reality.’