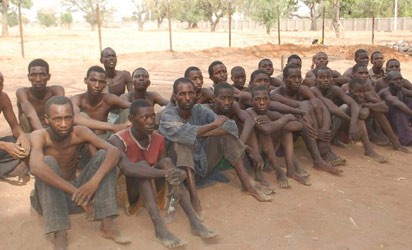 Scores of Boko Haram terrorists have continued to surrender to the Nigerian troops even as more have indicated willingness to lay down their arms.

Report gathered say that many of the terrorists were moving out of their Sambisa haven which has received continuous pounding from the air as a result of airforce reconnaissance flight that exposed their hideouts.

A statement by the Acting Director of Public Relations, Colonel Sani Kukasheka Usman noted that the action of the terrorists, meant to escape collateral damage, was due to the new offensive strategies put in place for ‘Operation Lafiya Dole’ by the military high command.

According to the statement, “the new strategies being employed by the military have started yielding positive results with scores of terrorists surrendering to troops and many more willing to surrender.

“The strategies employed included sustained offensive operations, pre-emptive air strikes by the Nigerian Airforce and routes blocked by ground troops, all geared towards constricting and snuffing out the Boko Haram terrorists.