Self-proclaimed living god Jehovah Wanyonyi is dead, a local leader has confirmed, amid his followers’ prayers for his ‘resurrection’.

Wanyonyi, 98, died from malaria on July 18 on his way to Cherangany Nursing Home in Kitale town, Kipsomba chief Daniel Busienei told the Standard.

Busienei said the spiritual leader’s children sought a burial permit on July 19, adding that the hospital required it before releasing the body.

“I told my assistant chief to issue them with a permit to allow the deceased family to lay him to rest,” he said.

Assistant chief Paul Bett confirmed that he gave the family the burial permit a day after Wanyonyi’s death.
.. 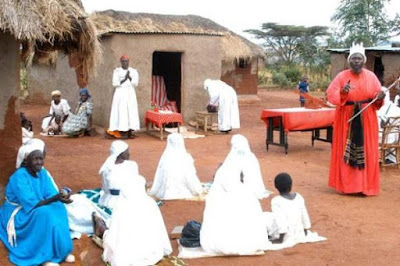 On Sunday, Wanyonyi’s followers, the Lost Israelites of Kenya, prayed for his return at his home in Nangili, Kakamega county.

Some of them said they have been fasting since they learnt that he had gone missing.

“We believe in him and we want him back on the throne as soon as possible,” follower Joyce Nakhanu said.

Wanyonyi has not been seen in public for more than six weeks and his family is also anxiously waiting for him.

Family spokesman Eliab Masinde said he has been hospitalised in Nairobi, where his sons are taking care of him.
.. 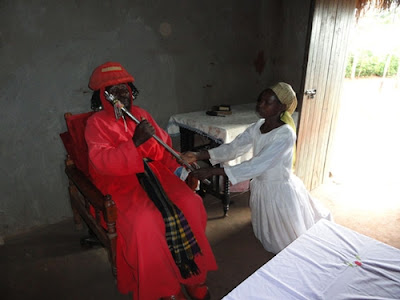 ..
Wanyonyi, who also has a following in Uganda, developed back problems four years ago.

He had been confined to a wheelchair at the home, where his followers say he has 70 wives, 500 children and more than 1,000 grandchildren.

Isnt life strange? How gullible can people get?

God or Allah have never fallen sick. They are supreme beings. They are mighty. They are powerful. Jehovah Wanyonyi? A mere Kenyan who used his jams to blindfold a few Kenyans to kneel and worship him.

A man who cannot perform a miracle. A man who was never satisfied with the number of women in his life. A man wants to enrich himself by siphoning everything from his myopic followers.

He even says that he brought HIV/AIDS to earth as a punishment to humanity for defying his commandments.

“If the Kenyan Government does not give me 3 billion shillings ($3.8m) I will bring a curse on Kenyans,” he warned few months before he gave in to malaria.