The Syrian refugee who was tripped by a Hungarian camerawoman as he held his terrified son in his arms says he cannot forgive her.

Osama Abdel-Muhsen Alghadab was trying to cross the Hungarian-Serbian border when he was tripped by Petra Laszlo, causing him to fall on top of his seven-year-old, Zaid.

The father-of-four has spoken to MailOnline from Germany, one day after completing their treacherous 12-day journey from Turkey, which included boarding a rubber dingy to reach the Greek
island of Kos
Mr Alghadab, 52, originally from war-torn Deir ez-Zor in Syria, and his son suffered bruises when they were tripped as they were attempting to escape the crush of a large crowd of refugees.

‘There were thousands of people and they were holding us there until a coach came to take us to the border,’ he said. ‘It was a very small area with a huge crowd.’People started to lose patience and wanted to walk the 10km to the border – the police were standing there to stop people going.’It was chaotic, people started to push. I didn’t see where it came from, I didn’t know if it was a camerawoman or a policeman. I just felt myself falling to the ground.’ 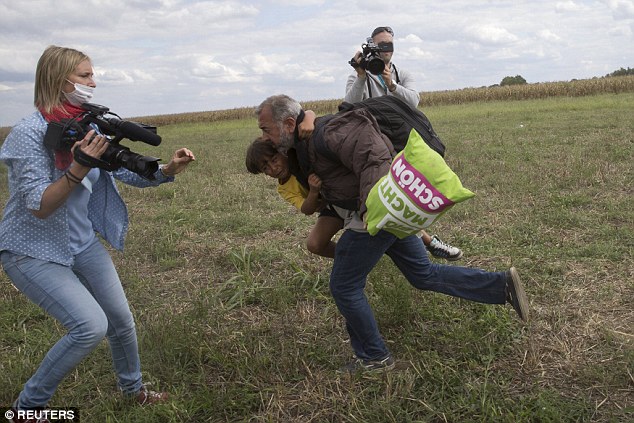 Mr Alghadab, who has since seen the footage of the incident and another clip of Ms Laszlo (who has since been fired) kicking a young girl, added:

‘How can I forgive her?’

She has since apologised and claimed ‘something snapped’ inside her.

Mr Alghadab suffered bruising on his chin when the Hungarian camerawoman tripped him and Zaid had bruises on his leg and chin.Later in the evening, Zaid was vomiting as a result of the shock, his father said.

Responding to Ms Laszlo’s claims that she thought she was being attacked at the time, Mr Alghadab added: ‘People would not attack the media because the media were very nice to the refugees. 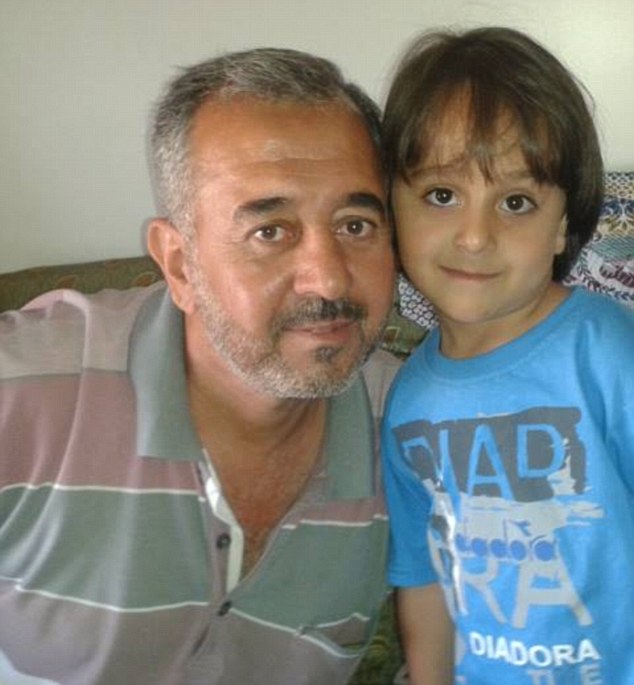