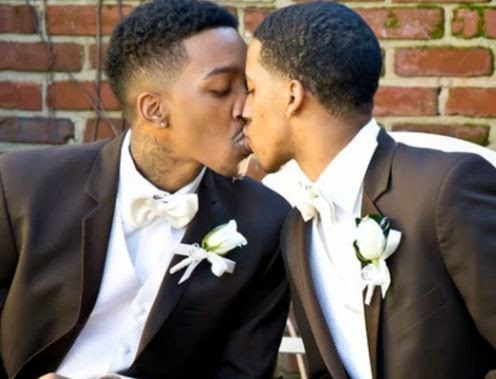 A county clerk in Kentucky has again refused to issue marriage licenses to gay couples, invoking her religious beliefs and God’s authority, this time in defiance of a U.S. Supreme Court ruling against her.

On Tuesday morning, Rowan County Clerk Kim Davis’ office denied the licenses to at least two couples. At first, Davis was in her office with the door closed and blinds drawn. But she emerged a few minutes later, telling the couples and the activists gathered there that her office is continuing to deny the licenses under God’s authority.

Davis asked David Moore and David Ermold, a couple who has been rejected four times by her office, to leave. They refused, surrounded by reporters and cameras.

“We’re not leaving until we have a license,” Ermold said.

“Then you’re going to have a long day,” Davis told him.

From the back of the room, Davis’ supporters said: “Praise the Lord! … Stand your ground.”

Other activists shouted that Davis is a bigot and told her: “Do your job.”

The U.S. Supreme Court on Monday declined to intervene in the case, leaving Davis no legal grounds to refuse to grant licenses to gay couples. A district judge could now hold her in contempt, which can carry steep fines or jail time.