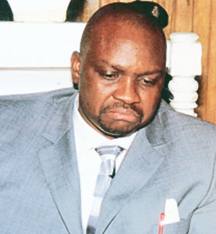 Former factional Speaker of Ekiti State House of As­sembly, Dele Olugbemi, has rejected his appointment as a member of the House of Assembly Service Commission by Governor Ayo Fayose.

Olugbemi shunned the screening and confirmation of nominees Tuesday and yesterday but the other four nominees were confirmed.

While the governor’s Chief Press Secretary, Mr Idowu Adelusi said, the former Speaker had not formally indicated his rejection of the appointment, Olugbemi, however, said: “ I am a member of the appointment committee. I was shocked to hear my name announced on the radio as being appointed as a member without my knowledge.

“ The governor’s action was against the ethos of democracy and he is simply running a one man show. Since he came into office he has been operating without regards to the party…”