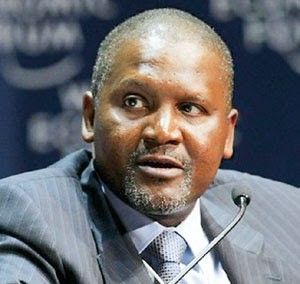 In another landmark move following the recent inauguration of its cement plant in Zambia, Dangote Cement Plc has expanded its frontiers to Asia by constructing a 3-million metric tonnes per annum (mmtpa) cement plant in Nepal as part of its new investment of $4.34 billion into 10 African countries.

It also signed a N854.98 billion ($4.34 billion) worth of contracts with a construction firm renowned for construction of ultra-modern cement plants worldwide, China’s Sinoma International Engineering Company, to build cement plants across Africa.

The chairman of Dangote Cement, Aliko Dangote, who revealed this at the signing ceremony of the new plants to be constructed, in partnership with Sinoma, assured Nigerians that the country will no longer be used as a dumping ground as the company now has capacity to export 10 million metric tonnes of cement outside the country.

The company is currently in 15 African countries, excluding Kenya, Niger, and Mali, which are new projects. Its current total capacity stands at 48mmtpa, out of which Nigeria alone has the largest chunk of 29.3mmtpa. The company will also commission its new plant in Cameroon with a total capacity of 1.5mmtpa today.

Speaking with newsmen yesterday after the signing ceremony, Dangote said, “We are not only building cement plants in Africa, we have gone far away to Nepal to build a 3-million metric tonnes cement plant capacity and by the time all these new projects are completed in the next two years, Dangote Cement will have more than 70 million capacity. But we are not going to stop there, hopefully, by 2020, our targets is getting to somewhere around 100 million tonnes capacity.

“I can assure you categorically that Africa will not lack cement now and even in the future…Africa will be self -sufficient rather than be a dumping ground for other manufacturers of cement.”

The agreement was signed for the construction of the following plants: 3mmtpa in Nepal; 2.5mmtpa in Ethiopia; 3mmtpa in both Kenya 1&2; 1.5mmtpa in Zambia; 1.5mmtpa in Senegal; 1.5mmtpa in Niger; 1.5mmtpa in Mali. Cameroon, Cote D’Ivoire, and Ghana, also have plants of 1.5mmtpa capacity respectively.