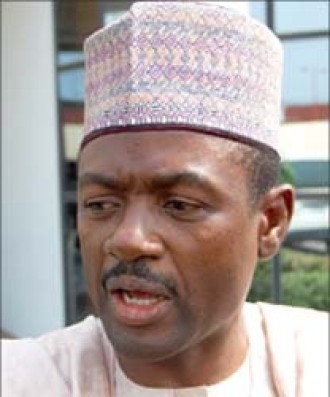 Labaran Maku, candidate of the All Progressives Grand Alliance (APGA), in the March 28 governorship election in Nassarawa State, said in Abuja on Thursday that he won the contest and that the Independent National Electoral Commission wrongly gave his mandate to Governor Tanko Al-Makura.

Maku made the assertion while briefing newsmen on the progress of his case at the Governorship Election Petition Tribunal for Nassarawa state.

“I am convinced that I won the election after Wednesday’s proceeding at the tribunal. I was fraudulently denied victory by the Independent National Electoral Commission (INEC).”

Maku, former Minister of Information, contended that INEC could not defend the victory it declared for incumbent Gov. Tanko Al Makura, before the tribunal.

“I want to state without equivocation that at the end of yesterday’s sitting at the tribunal; the third respondent – INEC – closed its case without a single witness.

“This made it clearer that INEC and its officers know clearly that the declaration of Tanko Al-Makura as the winner of the election was nothing but fraud,” Maku said.

He stressed that before Wednesday, INEC boasted that it had evidence and witnesses to counter our claim before the tribunal.

“INEC had filed in 25 witnesses who were supposed to answer to our charges of massive irregularities in the election.

“It had also tabled before the tribunal 25 witnesses’ statements on oath which was supposed to be presented from yesterday for 10 days.

“It was shocking to those present in court when rather than come with these 25 witnesses, INEC and its lawyers said they had no witnesses at all.

“We got information that a number of the witnesses had gone hostile and said they were not prepared to go and lie on oath and every attempt to persuade them failed.”

He said this was a clear indication that the electoral body that announced Gov. Al Makura as the winner of the election could not defend this victory before the tribunal.

He added that his team was able to prove that APGA won the election “which was fraudulently altered by security agents in collusion with INEC officials.”

He said he was particularly impressed with the witnesses who were rural dwellers for their integrity and refusal to lie on oath.

“This is the real change Nigeria is yearning for.”

Maku said he would remain law abiding until the day the tribunal delivered its judgment and that it would be in his favour.

He said he was confident of this because the other parties had not been able to challenge the evidence produced by his team of lawyers led by Mr Joe Gadzama (SAN).

Maku is challenging the election of Al Makura on grounds of gross election malpractices and irregularities.