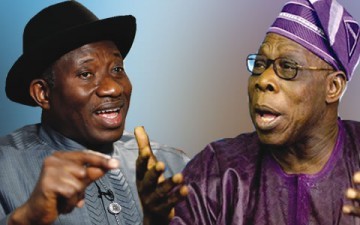 A PDP official has said that former president, Olusegun Obasanjo, will only be re-admitted into Nigeria’s ruling PDP if he tenders an “unreserved apology” to the party.

Walid Jibrin, Secretary of the Board of Trustees of the party, stated this at his country home in Marmara, Nasarawa State, on Saturday.

Mr. Obasanjo’s membership card was publicly torn by one of his supporters when the former president recently announced his exit from the ruling party.

“Obasanjo must offer unreserved apology before he is admitted and his card re-issued,” Mr. Jibrin stated at a ceremony to announce the defection of his son, Imrana Jibrin, from the All Progressives Congress, APC, to the PDP.