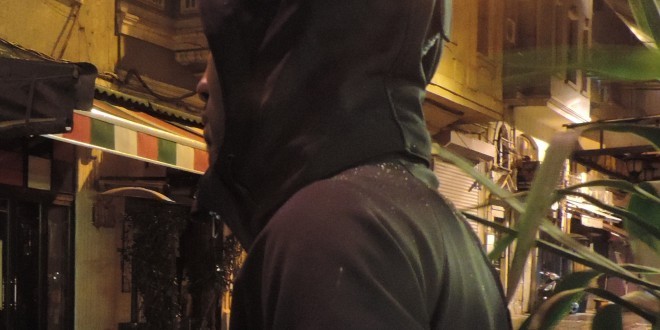 One cannot get lost in this our firmament of despair, but if it happens, one is sure that the gods will launch a rallying hunt for one of their errand sense maker. Yours sincerely is not lost yet, only wandering in the arid land of make-belief – learning and unlearning, but not without noticing or participating in the build up to the impending eruption that would scatter some machinations of hopelessness. It is on this basis, I have made it a point to drill on this build up on daily basis till March 28.

If there is any single truth in the unfurling chapters in our political evolution, it is the awkward fact that for the first time, majority of voters, to-be voters, and non-voting population in the northern part of the country have been radicalised by the sheer nuances of discomforting irrelevances of their existence in the modern day Nigeria.

When the Daura General stormed Borno state for his rally, reports had it that he was whisked away from the burning passion with which the sea of sweating heads, desolate desperadoes were chanting ‘Sai baba.’ These ones were not overnight desperadoes; they were people who have gone through the expanded inferno of hell, smoky display of unchallenged extremisms and hatred, with broken resilience to inciting narratives.

Fanatical movement in any political machination stem from prolonged abandonment, economic side-tracking and mutually exclusive social ruination. In many cases, in the north eastern part of Nigeria, political inferences in the narratives of the experience of the desolate rooted the seeds of disappointment, which invariably necessitated their desperation to either live for a change in their trajectory or die if the change is aborted. This is a dangerous end game!

Fanatical movement is dangerous. Here, there is no alternative. The only option is the one different from the existing. Fanatical movement is like a mob march, either you leave the barricade or you get crushed. For some of us who saw the crowd that trooped out for the Daura General and the sheer desperation in which they were waiting to put their thumbs to use on ballot papers, we saw a people dreadfully in need of an alternative.

We saw their eternal pledge to their fraternity of change, not to allow their hardihood to shatter like the cracking of a mirror; we saw hardened hearts that were as black as coal, feeling as thick and rough as the soot of a chimney that had never been cleaned. The cage housing their emotions was built of stones, as cold as the arctic tundra, as numb as a bladed limb – bereft of life. We saw that their fears and dead end had festered for too long, and was now boiling like a blister, left too long in the sun, burning like the fires of hell. These ones had their hearts cloaked in thorny wrappers.

No matter how hard the present administration tries to sway the people, rising up to the challenge of insecurity at the expiration of the office term is like trying to call people names – killing, disrespectful and annoyingly disdainful. I am not sure how this will go down with the people who have been told that their tormentors were under-estimated, or that they should live with the burden of terrorism until it fizzled out, or that insecurity was a global phenomenon, or that their captive girls have not been displayed dead, hence they were alive.

Governing like this is the major drawback of countering violent extremism. And if fanatical movements are not pacified, the resultant effect would be the graduation of extreme views and belief system, which in turn, comes to hunt us down as a collective.