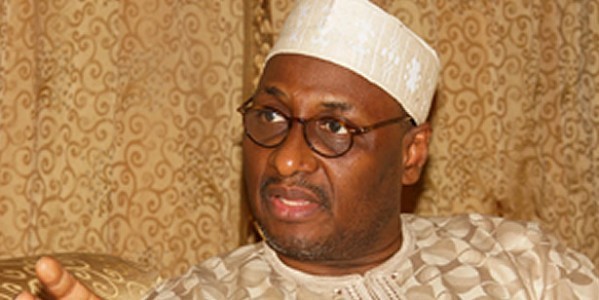 PDP National Chiarman, Adamu Mu’azu, has restated his loyalty to President Goodluck Jonathan and the party. This is in response to reports the pair’s relationship was frosty. Mu’ azu expressed “pity” at those allegedly sponsoring the media reports on the rift.

“On the sponsored propaganda and lies, I pity those who fabricated them. I will be here to laugh at them immediately we win the election.  My loyalty to President Jonathan and the party can never be in doubt. I have nothing else to prove. My record from 1998 till date speaks,” he said.

“I have been in my party the PDP from 1998 till date. I have never decamped. It’s my home. Loyalty is my watchword. I am a loyal father, grandfather, countryman, party leader, party chairman and the Game Changer. I fear no one but Allah”.

He added that the PDP, because it is not a regional or ethnic party, represented the entire country.

“We are in the PDP because we believe it represents Nigeria. It’s not a regional, sectional or ethnic party. It’s a national party,” Mu’azu said.

He has been chairman for more than a year, having taken over from Alhaji Bamanga Tukur, whose helm at the ruling party was beset by divisions.