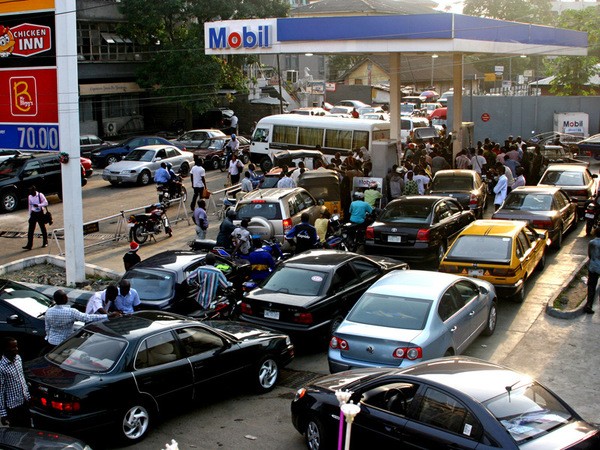 The Speaker of the Kwara State House of Assembly and APC candidate for the House of Representatives (Asa/Ilorin West Federal Constituency), Barr. Razak Atunwa has described the allegation against the All Progressive Congress by the People’s Democratic Party on the ongoing nationwide fuel scarcity as irresponsible and immoral of a party who was constitutionally elected to ameliorate the welfare of the nation.

The National Chairman of the PDP, Adamu Muazu had made an allegation against the All Progressive Congress stating that the ongoing fuel scarcity was caused by the APC which he said had bribed oil marketers to hoard petroleum product nationwide.

Reacting to this in a statement signed by his Media Office, the Kwara State Speaker, Barr. Razak Atunwa decried the poor state of the nation’s economy and called on the President to stop politicizing the welfare of Nigerians by positioning the nation’s economy in a way that makes it impossible for Nigerians to embark on their daily activities.

“The Federal Government has spent trillions of Naira on so called subsidy without accountability. Under Jonathan, over 8 billion U.S. Dollars is lost annually to oil theft, the biggest Nigeria has ever experienced.

“Unfortunately, US who is the major importer of Nigerian oil since 1973 has announced that it will not import oil from Nigeria anymore, yet president Goodlcuk is not diversifying our economy. APC has no power to ignite scarcity of fuel in the nation, hence, Goodluck should better take responsibility and stop politicizing the wellbeing of Nigerians” he stated emphatically.

Recalling the damage done by the PDP led government to Nigerian economy, including the multibillion-dollar government oil-corruption scandals, a wave of cold-blooded killings by Boko Haram militants still holding almost 300 schoolgirls for almost a year, Atunwa said these are resulting effects of an irresponsible government that has prioritized it’s selfish interests over the interests of Nigerians.

However, Barr. Atunwa called on Nigerians to resolutely vote against the PDP in the forthcoming elections in order to break Nigeria away from the shackles of poor leadership.

“We have been on this road for almost four years now, the road of poor leadership accompanied by severe corruption and lack of compassion on the masses and the only way we can make a change is to vote out the incumbent government of Goodluck Jonathan. We have waited for this period hurtling through the hard times to reset Nigeria and rewrite our history. Thus, let’s be passionate, dodged and legally resilient in our fight for a better Nigeria” he said.

Atunwa expressed serious optimism that the All Progressive Congress will reform Nigeria if elected into power in the forthcoming elections. “Nigerians must capitalize on the failure of Jonathan to vote a new government, no doubts, with the commitment and passion for Nigerians demonstrated by the APC, it will perform better when elected to power in the coming elections. Therefore, we should all come out and vote for APC in order to renew Nigeria and set it on the right path politically and economically” he stated.