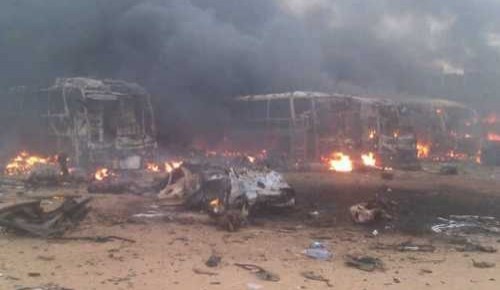 Reports reveal that multiple explosions have occurred at the Bauchi Road motor park in Jos, the Plateau state capital, and many people are feared killed. The park is a major bus terminus within Jos, located adjacent the main campus of the University of Jos.

A witness, said the explosions killed a yet unknown number of people, injuring several others and destroying many vehicles. Another witness said the bombers were driving in a car when they threw the explosive devices and zoomed off.