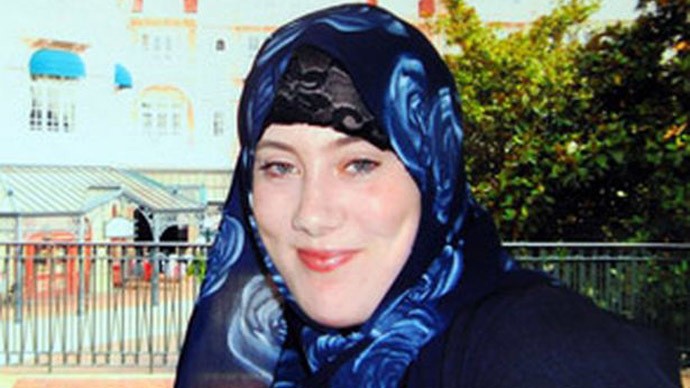 Notorious terrorist suspect Samantha Lewthwaite – known as the White Widow – died a slow and agonizing death after being hit by a sniper in Ukraine two weeks ago, it was alleged today.

Britain is seeking to verify shock claims that she was gunned down by pro-Moscow rebel forces near the eastern town of Debaltsevo, as reported by Regnum news agency in Moscow.

However, a senior intelligence officer in East Africa said yesterday ‘all the evidence is she remains in Africa, we have not seen any evidence she is in Ukraine – dead or alive’, while a Western intelligence source said ‘Ukraine is not really an obvious destination for a jihadi, to say the least’.

He told MailOnline: ‘Why would the rebels hold on to this information for two weeks? And why have they not presented the body? And how would they know it’s her? The agency that produced this story is a bit mad. The timing of the news is suspicious. Only when there’s a new wave of sanctions from the West do they publish something, to cast themselves in a better light.’