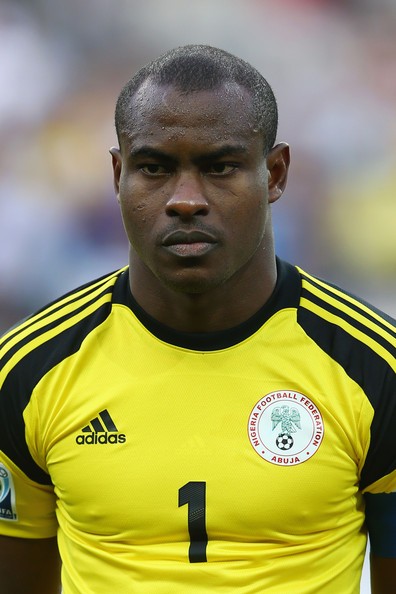 Super Eagles goalkeeper, Vincent Enyeama, is among the five players nominated for the BBC African Footballer of Year for 2014 as revealed by the organisers of the award on Monday.

The Nigeria captain is the only goalkeeper in the list as title holder Yaya Toure of Ivory Coast gets his sixth consecutive nomination for the award.

Four of the nominees played at the World Cup in Brazil, where Enyeama and Brahimi played in the last 16 of the tournament with Nigeria and Algeria respectively.

Enyeama, 32, went into the event off the back of an outstanding campaign for French club Lille – he kept 21 clean sheets for them last season.

In Spain, forward Brahimi’s efforts for Granada led to him being named best African player in the country last term and earning a move to Porto.

Toure helped Manchester City to their second Premier League title in three years and also won the Capital One Cup, Gervinho has impressed in Italy since leaving Arsenal, scoring 10 goals in 39 games for the Serie A side.