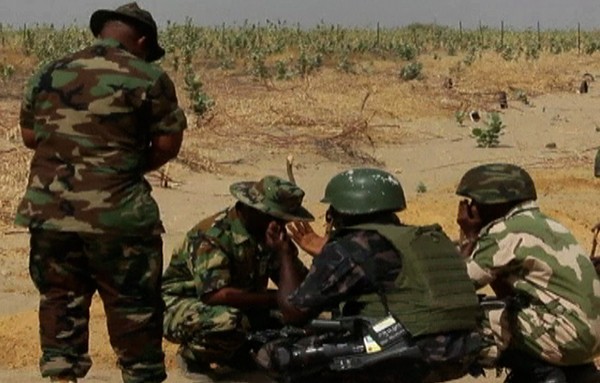 The United States hit back at allegations by the Nigerian ambassador of failing to help fight Boko Haram militants, saying there had been “a great deal” of US aid to his country.

In the past six months since the Islamic militants snatched some 200 schoolgirls in northern Nigeria, Washington has shared intelligence with the Nigerian army, begun training a new battalion and held high-level talks on the threat of Boko Haram, a US official said.

In a speech made public Tuesday, ambassador Adebowale Adefuye appeared to have taken US officials by surprise when he launched into a tirade against the US administration.

Nigerian leaders were “not satisfied with the scope, nature and content of the United States’ support for us in our struggle against terrorists,” he said.

He accused Washington of not providing the “lethal” weapons needed to deliver “a killer punch” to the militants.

But State Department spokeswoman Jen Psaki shot back that the US had “provided and approved sales of military equipment to its armed forces.”

“These decisions are made, of course, after careful scrutiny to ensure they conform with United States law.”

But she acknowledged the US had refused to transfer some Cobra helicopters due to concerns about the Nigerian army’s ability to use them.

There were also “ongoing concerns about the Nigerian military’s protection of civilians when conducting military operations,” Psaki said, adding these had been discussed with the Nigerian authorities.

Adefuye told members of the Council on Foreign Relations on Monday that allegations of human rights abuses by the military were “rumors, hearsays and exaggerated accounts” put about by rivals of President Goodluck Jonathan and rights groups.

But Psaki stressed the US would not raise such concerns “if we didn’t feel and others didn’t feel that they were warranted.”

Washington was ready to help Nigeria train and improve the effectiveness of its military, Psaki added, urging the government to investigate allegations of abuses.