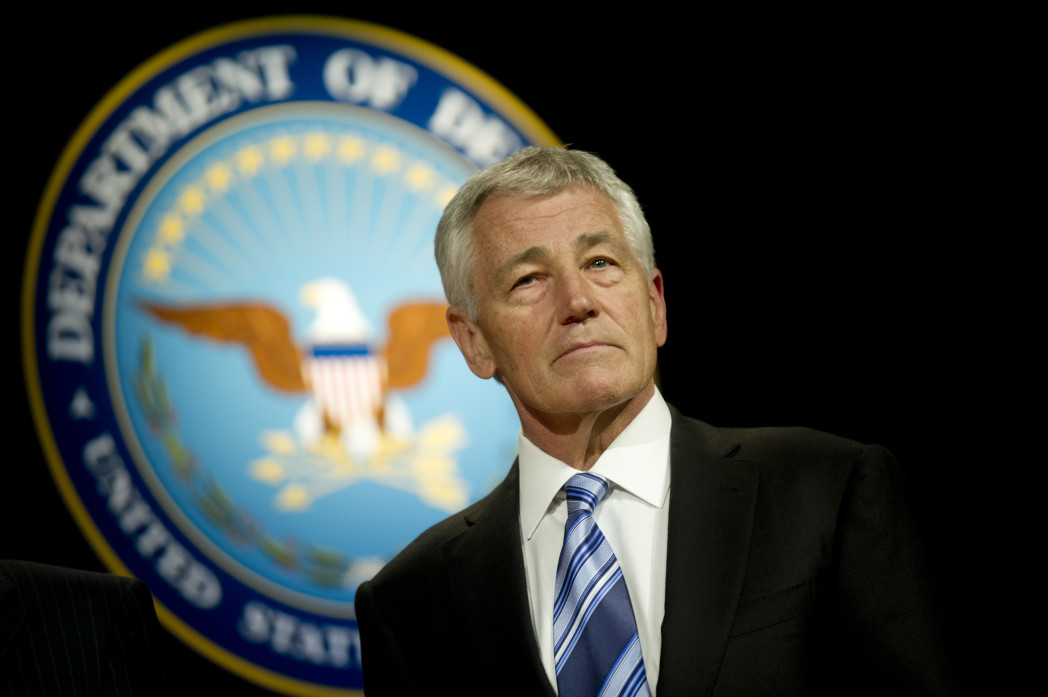 Defense Secretary Chuck Hagel is stepping down under pressure from President Barack Obama’s Cabinet, senior administration officials said Monday, following a tenure in which he has struggled to break through the White House’s insular foreign policy team.

Hagel is the first senior Obama adviser to leave the administration following the sweeping losses for Obama’s party in the midterm elections. It also comes as the president’s national security team has been battered by multiple foreign policy crises, include the rise of the Islamic State militants in Iraq and Syria.

While Obama has sought to consolidate foreign policy decision-making within the White House, advisers have privately criticized Hagel for not being more proactive and engaged in Cabinet meetings and other national security discussions. Hagel also angered White House officials with a recent letter to national security adviser Susan Rice in which he said Obama needed to articulate a clearer view on the administration’s approach to dealing with Syrian President Bashar Assad.

A senior defense official said that Hagel submitted his resignation letter to Obama on Monday morning and the president accepted it. Hagel, 68, agreed to remain in office until his successor is confirmed by the Senate, the official said.

The official said both Hagel and Obama “determined that it was time for new leadership in the Pentagon,” adding that they had been discussing the matter over a period of several weeks.

Obama was to announce Hagel’s resignation Monday. The president is not expected to nominate a new Pentagon chief Monday, according to a second official.

The officials insisted on anonymity because they were not authorized to discuss the matter by name ahead of Obama’s official announcement.

Among the leading contenders to replace Hagel is Michele Flournoy, who served as the Pentagon’s policy chief for the first three years of Obama’s first term. Flournoy, who would be the first woman to head the Pentagon, is now chief executive officer of the Center for a New American Security, a think tank that she co-founded.

Hagel is a Republican who served as senator from Nebraska and became a critic of U.S. involvement in Iraq. After Obama nominated him to succeed Leon Panetta as Defense Secretary in his second term, Hagel struggled through a disastrous confirmation hearing that raised early concerns about him within the White House.

Recent questions about Hagel’s future at the Pentagon were prompted in part by his decision to postpone a long-planned trip this month to Vietnam. At the time, officials said he needed to remain in Washington for congressional consultations, but that did not stop speculation that the White House might be looking for a replacement for the final two years of Obama’s term.

“No. First of all, I serve at the pleasure of the president,” Hagel said. “I’m immensely grateful for the opportunity I’ve had the last two years to work every day for the country and for the men and women who serve this country. I don’t get up in the morning and worry about my job. It’s not unusual by the way, to change teams at different times.”

Hagel was the first enlisted military member to become secretary of defense. He served in the Vietnam War and received two Purple Hearts.

Hagel forged a strong personal relationship with Obama in the Senate, including overseas trips they took together. He carved out a reputation as an independent thinker and blunt speaker, and Obama said he came to admire his courage and willingness to speak his mind.

When Obama nominated Hagel, he said he was sending the U.S. military “one of its own.” Hagel was the first enlisted military member to become secretary of defense.