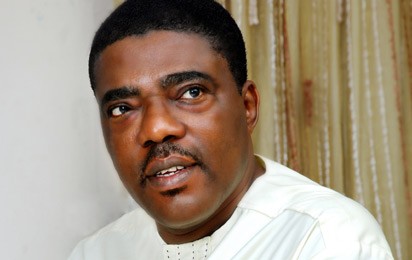 Two governorship aspirants on the platform of the All Progressives Congress (APC), from the Ikorodu Division of Lagos State, have voluntarily stepped down for a frontline aspirant from the area, Senator Ganiyu Olanrewaju Solomon, popularly called GOS.

As a result, eminent leaders in Ikorodu Division have unanimously adopted Solomon as the APC consensus candidate for the division. Those who stepped down from the race are Arch. Taiwo Akintunde Kara and a former Head of Service in the state, Adesegun Ogunlewe.

The decision to step down for Solomon to pave the way for his adoption as the Ikorodu Division consensus candidate was reached at a meeting held at the Ikorodu town hall on November 17, with representatives of the various coalition groups clamouring for “Ikorodu Division for Governor 2015,” elders of the community and the three APC aspirants, namely Ogunlewe, Kara and Solomon.

A communiqué endorsed by the three aspirants on November 17 said that the agitation of Ikorodu Division was justified, following the zoning of the party’s governorship ticket to Lagos East. According to them, “The indigenes of Ikorodu outvoted their son, to pave way for an indigene of the Epe/Ibeju-Lekki community to emerge as governorship candidate. It is expected that the Epe/Ibeju-Lekki community will support ‘Ikorodu Division for Governor agenda’ on the APC platform for the 2015 election.

“We remain a team and will work together towards ensuring that the Ikorodu Division Agenda becomes a reality,” the communiqué said.

Following the withdrawal of the two aspirants, Ikorodu leaders and elders, under the auspices of Eminent Persons of Ikorodu Division (EPID), accepted the decision of the three aspirants and thereafter adopted Solomon as the APC governorship consensus candidate for Ikorodu. A communiqué signed on behalf of the body by its chairman, the Asiwaju of Ikoroduland, Chief Babatunde Olusola Benson, said the decision to present a consensus candidate from the area was to avoid the experience during the 2011 election when they had more than one candidate vying for the same seat from the area.