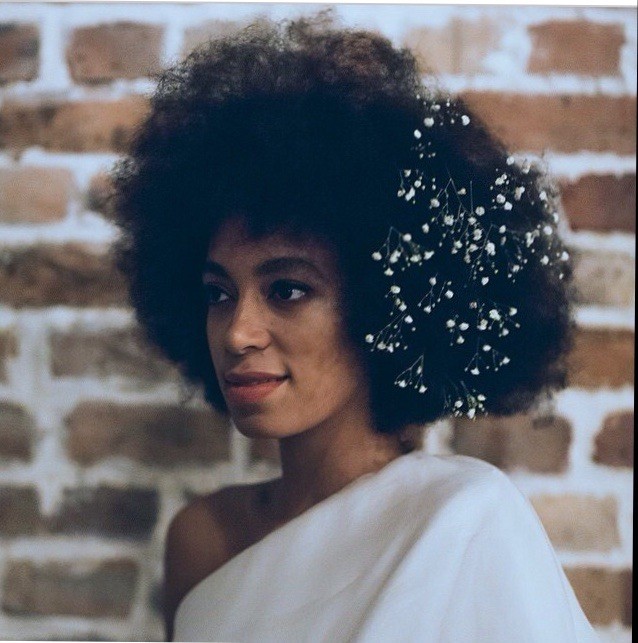 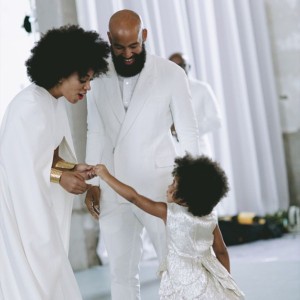 When Solange tied the knot with her longtime music video director beau Alan Ferguson, the Knowles ladies were right by her side.

“There wasn’t a dry eye on the place,” she says of the couple’s personalized vows, which were her favorite part of the three-day event. “They were just so heartfelt and I just think the wedding epitomized Solange as a person, and her and Alan’s artistic flare.”

Tina reveals that despite the congregation’s coordinated all-white ensembles, Solange actually opted out of having a traditional bridal party. The highly-publicized group photo in Vogue just captures the star’s closest female family and friends.

Solange made more headlines on Tuesday after tweeting a shout out to Benadryl for saving her from wedding day hives. Turns out, it was big sis Beyonce who came to the rescue.

“[Solange] went through the wedding and the sit-down dinner and she was just fine, and then they had a second line in the streets of New Orleans and she was dancing so hard, I think she just go overheated,” Tina recalls. “And the seafood, I think she had a reaction to it.”

Enter Bey, whom Tina says “took her back to the hotel and gave her Benadryl and cortisone creams. She took a shower and in two hours, she showed up at the reception and did the dance with her son and just had a ball.”

By now we’ve all seen the super cute mother-son moment, when Solange and her 10-year-old son Julez danced together to “No Flex Zone.” But where was Blue Ivy?

“She didn’t get to come to the after party,” Tina says. “[Julez] only got to come and do the dance and then he had to leave. Had to go to bed. It was a grown folks party.” These days, Tina has grandchildren on the brain with the family’s longtime friend Kelly Rowland welcoming a baby boy earlier this month.

“I got two boys and a girl. Couldn’t ask for better than that,” she says. But when it comes to a sibling for Blue Ivy: “I’m always ready for more grandbabies.”

In the meantime, Tina is busy promoting her new curated collection for Cache. “I’ve shopped at Cache for many years, so I picked up 24 of my favorite things,” she says. “It becomes a challenge sometimes finding really beautiful things for a good price point… I think that they are the epitome of getting it right with everybody.” Her must have for this holiday season? A ball gown skirt.

“I’m mostly looking for things that will be flattering to every woman,” she says of choosing items for the collection. “Picking things that I know will work on many body types and many age groups.”

Tina also reveals that she’s hard at work writing a new book, but kept it vague when pressed on the subject matter.

“Everything in my life happened for a reason,” she says. “Even when I thought they were the worst things in the world, they turned out to be the best things in the world. If you’re going through something, just know that you’re gonna come out on the other side. You’re going through it — you’re not stuck there forever. That’s what the book is about.”