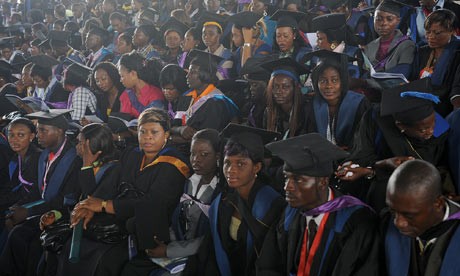 A development, he said was a deliberate ploy by the Federal Government to instil the culture of entrepreneurship in young graduates, rather than they going cap in hand searching for the elusive ‘white collar’ jobs.

He explained that the Commission became irritated by worsening unemployment rate particularly among fresh graduates, hence the agency painstakingly developed a curriculum which currently serves as guild for the over hundred universities now impacting entrepreneurship studies.

Okojie, who was represented by the Deputy Executive Secretary, Chiedu Bafiana, said the Annual National Entrepreneurship Week (ANEW) is an entrepreneurship based workshop organised by the NUC.

“One major problem we came to realise is that Nigerian graduates are not vested in critical thinking that can enable them translate knowledge based ideas into money making venture.

“That gap needed to be filled by all relevant stakeholders, hence the introduction of entrepreneurship programmes in Nigerian Universities since 2006,” he stated.

According to Shekarau, promoting entrepreneurship education was a sure recipe for addressing social and economic insecurity.

“The challenges of insecurity such as graduates’ unemployment, poverty, youth restiveness that usually results into cultism, drug abuse, terrorism are indications of poor knowledge and skills of entrepreneurial education”.

The Minister said beyond the institutions offering entrepreneurship as full time courses, government has already made it compulsory in all the public Universities in the country.