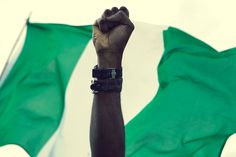 Yesterday, I was going on the road when some ‘boys’ repairing a fictitious pot-hole stopped the guy carrying me. They requested money from the innocent guy and when he couldn’t give them, I gave them N100. When they collected the money, come and see how they started hailing me. They told the guy; “Eeyan lo gbe o.” (Your passenger is a correct human being o). One of them even prostrated, and they continued like that till I left.
I felt very sad. Is this what Nigerians have been reduced to? That moment, I felt a raw hatred for the Nigerian ruling class. In a nation of plenty, people of the same nation are living in abject poverty.
It is sad that the same people that feel the effects of mismanagement and blue-black looting will still continue to harbour hope in this failed system.
This nation has failed so many people. The growth of the economy happens in worlds they don’t belong to. The steady developmental rise is bookish and has no place in their own reality. Yet these same people continue to expect things to get better. These same people continue to hope that at 40 and earning N10, 000, the future is bright. These same people continue to believe the false hope sold to them by religion and its agents. These same people continue to ‘sow bountifully’ every sunday to maintain their preachers’ jets, while waiting endlessly for a bountiful harvest that will never come.
The situation of this nation has never been clearer than it is now. Recycling leaders, changing party names and supervising mergers, perpetuating religious differences and championing regional sentiments will take us nowhere. Post-2015 polls will make it even clearer that the problems of this nation goes beyond individual failures and inabilities; you don’t patch up systemic failures this pronounced, neither do you repair it; you either overturn the system or you continue in the 4-year national delusion that we have been practising for the past 16 years.
Nigerians will have started on the journey to a genuine national liberation when they lose hope in this system and begin to organise to take the nation back from the thieving ruling class and inconsiderate ruling elites who are bent on not just looting the nation dry but also giving their children and friends the go-ahead to run the nation down.
Our salvation lies solely in our hands; not in the hands of any party or any political aspirant. The day we discover that is the day we take the first step in the long and tedious road to a genuine peoples’ national liberation.
James Ogunjimi