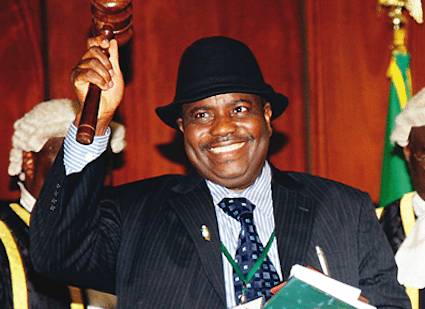 Apperito makes me better as I drink to render possible influence on the knowledgeable character of Nigerians to politics. Meanwhile, I don’t take note of instances which are unbiased as a pictorial evidence of victimization, I would rather pick up my concave lens, sit abackly and view the unbiased action as a simple idea which must be traceable to study before making up a desirable conclusion.

Opinions looks extreme as I thought of golden thinking on the victimization plus impunity and obsession concreted by the Police and the Presidency. I once said on a daily societal tweet, “We have forces which do act as a surmountable barrier by our enemies, they are independent but the blood which flows through them makes dependent ratio an act by them; they are Nigerian Security forces and INEC. Going straight via the lane was the Removal of aides protecting Rt. Honourable Tambuwal. The question raised aftermath of this mischievous event was, Where in the constitution do we have such action as acclaimed by Suleiman Abba.?, furthermore, we have had two victims of this action, which is Mbu vs Ameachi and recent one is Abba vs Tambuwal. This shows spontaneously how the invading template grows wider against the opposition. Recently, Mimiko of Ondo defected to PDP but it was a comparative idiosyncrasy as Mimiko’s Aide were left unchanged.

Later on, I was sad to have witnessed the theory of seperatist existing in Nigeria. It was as synonymous to the blue shed cry out in Burkinafaso but the cases was flooded by the motivational experience of the protesters. How so easy can we find the proportionality of polls on the balance of truth and transparency and how possible can the 2015 poll act unmilitiarized by those men of evil co-existence.
Such act on Tambuwal is and was a high degree of repression, obsession and ill interpretation of the constitution.