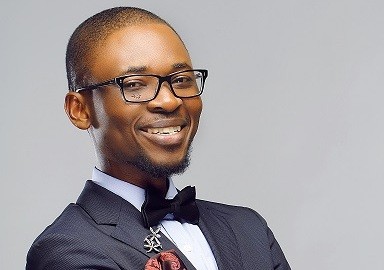 The average Nigerian politician loves Nigeria deeply and will stand for the country when push comes to shove but whatever happens, don’t let shove come to him choosing between his interest and that of Nigeria. For the average Nigerian politician, the only time Nigeria gets relegated on his ladder of love is when he has to choose between Nigeria’s interest and his. Unfortunately, this clash of interest between the 160 million people of Nigeria and solitary interest of one man happens every other day. Thousands may die because he wants power or because he wants to retain power, it is okay if he gets power or if he retains it.

Have you not seen them curse and abuse the government in power, describe how their party, the main opposition, will rescue the nation from the shackles of those in power? Have you not read their stories and heard their speeches where if you weren’t a Nigerian yourself who pays attention to the issues in the country, you would think those they accused of being behind Nigeria’s woes are solely responsible for the same. One switch, one decision and they reverse their every word. As soon as they switch parties, they want us to believe the demons they cursed only yesterday have actually always been angels and the angels they dined with only days before have actually always been murderers. The average Nigerian politician has no sense of shame, no badge of honour, just a chance to stay connected to power or a chance to stay where those in power continue to notice them for good or for evil. They are the ones who today tell us the All Progressives Congress is the coming messiah the holy books spoke about and within weeks want us to believe the Peoples Democratic Party is the chariot upon which Nigeria’s destiny to greatness lies. The annoying part, they want us to believe their every word, even when we are all witnesses to their public equivocation. Unfortunately, they are in every party.

The average Nigerian politician sees Nigerians only through two possible hues: those they consider being for them, that is, those they know will trumpet their fame and goodness irrespective of the evil they mete out to the people. The other colour of people they see are those they consider enemies, and it doesn’t matter that these so-called enemies demand of them one thing only: do better for our country, be about our country.

The average Nigerian politician is unruly, with a seeming genetic lack of chivalry and decorum but that state of mind is not genetic, you should come see them walk the streets of New York or in a queue to buy grocery somewhere in London. There, they fall in line, maybe, because they know the language of “do you know who I am?” and “can’t you see I am old enough to be your grandfather?” are not universal languages. They comport themselves like children who know the sting of a whip and see it dangling before their eyes.

Give him credit, though, the average Nigerian politician knows what to do. They know what Nigeria needs. They have houses in Dubai where no one screams “Up NEPA!” because power has been restored to last a few minutes after the same had been out for days. They have children in world-class schools abroad so they know incessant closures of schools are not the norm. They travel through public transport abroad so they know public transport does not have to be unsafe, unkempt and dangerous as they have made it at home. They visit other countries and they know it is an anomaly for the private jet terminal of a country to always have more functional planes than the commercial terminal. These average Nigerian politicians know the beauty of making most of the people wealthy; they know the essence of a population with a respectable disposable income. They know one can be rich and still remain rich despite not having too many poor people around one. The challenge they have with making things work at home is that, home is the only place where their oversized egos get to be worshipped, just for having more money in the bank and more access to power.

The average Nigerian politician believes everyone else is responsible for the mess Nigeria is in today, everyone else but him. It does not matter whether or not he can explain his own wealth. Somehow, ask for how he made his money? You will get a classic subconscious answer, “We thank God!” Do not expect that to be followed by a believable story of how his wealth came about. The story begins and ends with a reference to a God they believe in, only as long as he does not arrest them for being perpetrators of evil. The average Nigerian politician is so rich the wealth has no known source.

We are all jokers in this country; we think we want a better country for all of us, when of a truth, we just want a chance to make only our own lives better. When the desire for a better country becomes collective, we will get that country when we deserve it.

This piece was first published in the Punch Newspapers and is re-published here with permission from the author. Views expressed are solely the author’s