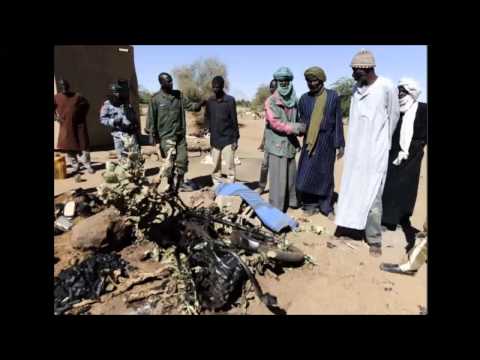 Suspected Islamist fighters kidnapped 10 children and killed two others who tried to escape near two towns in Mali on Saturday, capping a week of violence in the West African country’s desert north, a senior Malian military official said.

Lieutenant Colonel Diaran Kone, an official at Mali’s defence ministry, said Saturday’s incident occurred in the morning at settlements outside the towns of Aguelhoc and Kidal.

“It was a forced recruitment of child soldiers,” he told Reuters. “Twelve were kidnapped. They shot and killed two who tried to escape.”

The raids came the day after a suicide bomber blew himself up outside a phosphate mine in the town of Bourem without causing any other casualties, according to a government statement on Friday.

The bodies of two Tuareg separatist militants were found near the village of Takabort, around 40 km (25 miles) outside Kidal on Thursday.

“We found them with their throats slit like sheep,” Algabass Ag Intalla, head of the Tuareg High Council for the Unity of Azawad (HCUA), told Reuters. “They were both HCUA militants. Investigations are under way to find out who did this.”

A third round of peace negotiations began in Algiers on Thursday between the Malian government and a grouping of mostly Tuareg rebel groups, who split with their former Islamist allies ahead of the French offensive.

The talks are meant to decide on the status of the north in the aim of ending decades of uprisings there that have destabilised the entire country.