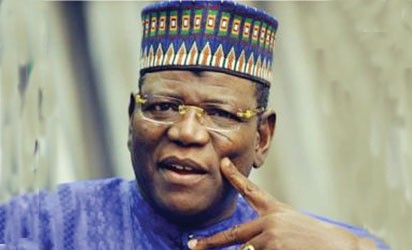 Governor Sule Lamido’s Special Adviser on Media, Adamu Muhammad Usman has intelligently and with verifiable facts responded to comrade Aminu Aminu’s piece on Gov. Lamido’s development strategies. Case closed. Aminu has been educated on areas that he was hitherto ignorant of. However, three reasons have compelled this writer to also add his voice to the discourse:  first, Nigerians cherish real development based on new thinking and sound decision making. Secondly, we from the northeast of Nigeria are prayerfully yearning for result-oriented Governors like Sule Lamido and thirdly, discourse of Governor Sule Lamido’s development strategy goes beyond Jigawa state- it will for long remain national subject. The Jigawa people should know that the debate of development strategies in Jigawa during the administration of Governor Lamido has earned a national limelight.
Lamido’s development strategies in Jigawa state should be a working-document for states in Nigeria, especially the 19 northern states with similar geographical, cultural and economical terrain with Jigawa.  Lamido has become a role model for those holding public office and future leaders, because he has exhibited what is expected of elected leadership in the Nigeria of our dream.
To have someone like Sule Lamido as governor is a blessing to a state. Governor Sule Lamido’s careful planning and execution of people-oriented projects and programmes, including the visibly enhanced economic growth and quality of governance in Jigawa State is clearly an indication that, despite the general poverty of ideas among most public office holders and the scarce resources in most northern states, there are leaders who are genuinely committed to people oriented and sustainable development.
What development enthusiasts and many  citizens whose states have not recorded appreciable development love about Governor Lamido’s strategy is- despite the meagre resources and the population of Jigawa people being mainly rural dwellers and peasant farmers, the governor is achieving significant results. He has been able to do this by using a ‘reductionistic’ approach. This means attending to the basic things by employing small things- an approach encompassing new thinking that completely shifts away from the traditional way of development in most states in Nigeria. Governor Lamido’s strategy employs a new concept where development in agriculture, roads, education, electricity, healthcare, water supply, transportation, youth development and other sectors are tackled through segmentation of the various sectors into their smallest units, then a head-on tackling of each unit. The Jigawa people are very lucky to have Sule Lamido as governor.
Zayyad I. Muhammad writes from Jimeta, Adamawa State, zaymohd@yahoo.com 08036070980. He blogs atwww.zayyaddp.blogspot.com
Articles on www.omojuwa.com are solely authors opinion