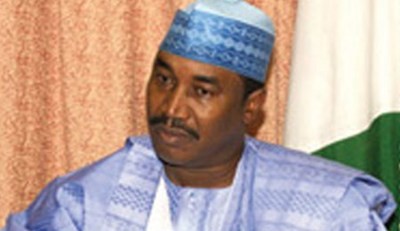 The United States of America, USA, the United kingdom, UK, and the European Union, EU, yesterday condemned the statement credited to  Kastina State  Governor, Alh. Ibrahim Shehu  Shema, purportedly calling for the killing of the “cockroaches of politics”.

The US and UK issued separate statements, while the EU Ambassador to Nigeria Mr. Michel Arrion spoke in Abuja.

The United States of America, in an unusually long statement said it was deeply troubled by Shema’s comments which it said “undermines” the nation’s democratic process.

It said,  “the rhetorical threat of violence undermines the democratic process and is utterly unacceptable in a democratic society.

“We are deeply troubled by Governor Ibrahim Shehu Shema of Katsina State’s recent statements calling for the killing of the ‘cockroaches of politics.’ The United States reiterates its call upon all Nigerians to refrain from advocating, fomenting, or condoning violence before, during, or after the elections”.

The US lectured Shema on the provisions of the Nigerian constitution saying, “The Nigerian Constitution itself states it is the duty of every citizen to ‘respect the dignity of other citizens and the rights and legitimate interests of citizens to live in unity and harmony.’  Language that threatens or incites violence short-circuits the democratic process.

“All Nigerians must be free to voice their opinions and participate in the electoral process without fear of physical retribution.