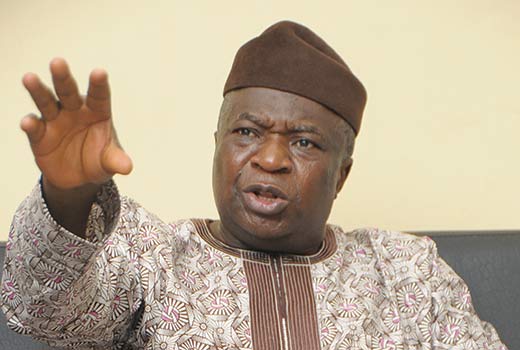 In what may pass for a world record, Seven Peoples Democratic Party, PDP members of the Ekiti State House of Assembly may have impeached the Speaker of the of the assembly, Rt. Hon. Adewale Omirin, according to reports reaching DailyPost.

Omirin and Governor Ayodele Fayose have been at loggerheads since the swearing-in of the governor.

But Omirin described the governor’s action as blackmail.

Gov. Ayodele Fayose is billed swear-in Caretaker Committees in the 18 local government areas of the state this morning without the approval of the House.

Reporters  further gathered that the seven PDP legislators have also installed one of their own Dele Olugbemi as the acting Speaker.

The PDP has seven members in the house while APC has 18, excluding the speaker.