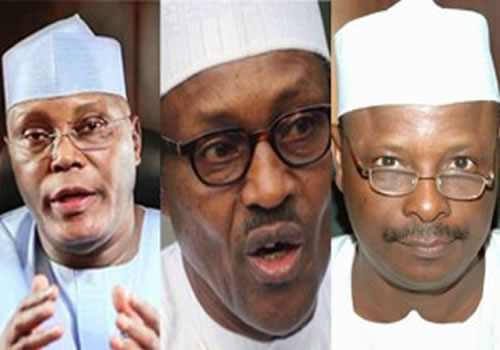 The Senator representing Kano South Senatorial District, Kabiru Gaya, on Thursday appealed to Former Head of State,  Gen. Muhammadu Buhari; and Former Vice – President Atiku Abubakar, to step down for Governor Rabiu Kwankwaso, as the Presidential candidate of the All Progressives Congress in the 2015 general election.

Gaya,  who was also a former governor of Kano State,  stated this in an interview with journalists in Abuja.

He said since the duo of Buhari and Atiku are elder statesmen,  they should allow a younger and more vibrant man like Kwankwaso fly the party’s ticket.

He also said that the achievements of the Kano State governor who is currently spending 75 percent of the state’s budget on capital project and 25 percent on recurrent expenditure, was enough proof that the man would transform the nation’s economy if elected.

He also said being a former minister of Defence, Kwankwaso would be able to tackle effectively,  the insurgency issue in the North eastern states of Adamawa, Borno and Yob