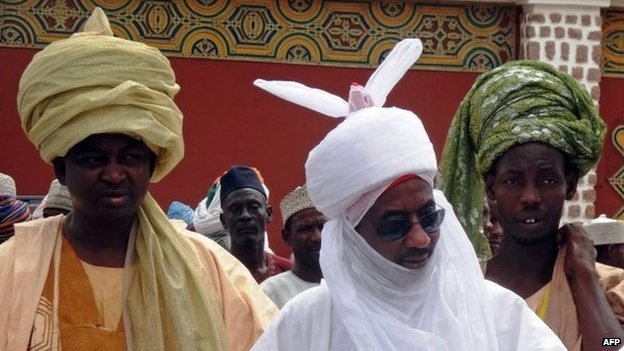 Emir of Kano, Sanusi Lamido Sanusi,  has voiced support for vigilantes fighting Boko Haram, urging others to form civilian militias and questioning the competence of the military.

He said, “people should be sensitised on the importance of being on the alert. And they should prepare, they should acquire what they will defend themselves with,” Sanusi said during Friday prayers at the central mosque in Kano, the largest city in Nigeria’s mainly Muslim north”, adding that, “those that are endowed as hunters and vigilantes should apply this endowment given to them by Allah as an avenue of earning divine reward in defending their nation.”

He further said, “We should not wait for soldiers to come, before they come the carnage will have been done…,”Some of them drop their guns and flee.”

While Sanusi’s comments were similar to those made by President Goodluck Jonathan’s critics, they may feed added resentment towards the government because the emir of Kano is expected to stay above the political fray.