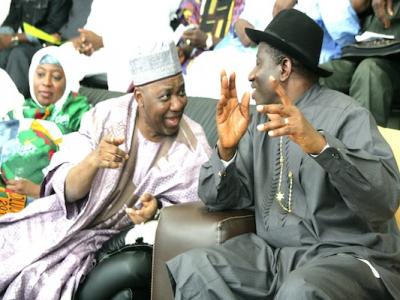 The forms are to enable the President vie for the party’s nomination at the primary scheduled for December 10 and 11 in Abuja.

Friday was the last date for the submission of all nomination forms sold out by the party.

The Acting National Chairman of the party, Alhaji Adamu Mu’azu, however said President Jonathan remains the sole candidate of the party for the presidential race.

While submitting the form, Sambo said that he was happy that his principal had allegedly changed the country since he assumed office.

Facing Mu’azu, he said, “Our President has moved the country forward by transforming it economically. It is therefore with great humility that I’m presenting to you these forms.

“You will help us present it to the members of the National Working Committee.”